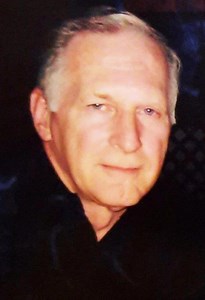 On this First day of Oct. 2021, Michael George Masters ended his final battle.

Mike was born June 20, 1951, in Greenville, S.C., to the Late George W. Masters and Late Edna Ruth Masters (Belcher). He graduated from Greer Senior High School in Greer, S.C., in May of 1969. Shortly after his high school graduation, he enlisted in the U.S. Army and was deployed to Vietnam where he fought along with band of brothers, "Sky Soldiers" of the 173rd Airborne Brigade. During his tour of service, he was awarded the Bronze Star Medal, National Defense Service Medal, Vietnam Campaign Medal, Vietnam Service Medal, Parachute Badge, and the Army Commendation Medal. He was honorably discharged from the U.S. Army in the mid 1980s.

Mike moved to Columbia, S.C., where he worked with Dorn Veterans Administration Medical Center for several years and worked for the United States Postal Service for a few years. While living in Columbia, S.C. he studied American Style Karate under Sensei Ronnie Barkoot. He achieved first degree black belt and taught many students for several years. His was an inspiration to both of his granddaughters to continue the legacy of martial arts. Mike moved back to Greenville, S.C., to be close to his mother during her final years. He was a form carpenter; woodworking was his passion. He liked to build dog and cat houses for family pets. In the summer of 1999, he married his loving wife, Irina. In early 2008, Mike and Irina moved to Concord, and he accepted a position with the W.G. (Bill) Hefner Veterans Administration Medical Center in Salisbury, where he served veterans until his retirement in 2018.

Mike loved his family and especially enjoyed camping and fishing with his granddaughters, eating chocolate chip cookies, giving piggyback rides, and watching movies with his grandsons. In 2020, Mike and Irina made a special trip to Arkansas to dig for rare crystals and gems. It was a trip he truly enjoyed. Mike was a well-respected and generous man with a quick wit and gentle manner. He loved his family and was dearly loved by his family in Russia. Mike was a dreamer, loved to crack jokes and enjoyed traveling to Russia with his wife, Irina. He loved spending time with his grandkids, taking them to the park to ride scooters, feed the ducks, birds and squirrels. To his grandkids, he was known as "Precious." It was an ongoing joke of who was a "Stinker" or who was "Precious." Mike loved Star Trek, scary movies, silly songs and enjoyed Chinese Food!

He will be dearly missed by all his family and friends.

"Precious," you will always be in our hearts and memories.

For those unable to attend in person or those in high-risk categories, we invite you to attend virtually through Facebook Live.

Please join us in remembering Michael George Masters, by visiting our memorial at www.wilkinsonfuneralhome.com

Through this site, we invite you to share your thoughts and fond memories with our family.