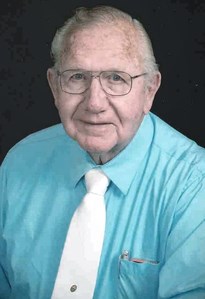 He was born July 24, 1936, in Kannapolis, to the late George Clarence Keller and Minnie Sipe Keller.

Mr. Keller was a 1954 graduate of Granite Quarry High School before joining the U.S. Navy, June 2, 1954. He later enlisted in the U.S. Air Force, Dec. 18, 1958, and retired as a technical sergeant, Oct. 31, 1976, with over 21 years of military service. Mr. Keller was a member of First Baptist Church of Rockwell. He was a talented Bluegrass musician and played with numerous groups over the years including Blue Grass Praise, David Deese, Betty Fisher and Dixie Bluegrass, Patterson Brothers and Over the Hill Band, and the band at First Baptist-Rockwell. He was a life member of the Disabled American Veterans in Salisbury and Faith American Legion Post 327.

In addition to his parents, Mr. Keller was preceded in death by his daughter, Donna Ann Keller; brother, Carl Keller; and sister, Hazel K. Shaver.

A graveside funeral service will be held at 3 p.m., Saturday, Oct. 23, at Faith Baptist Church Cemetery, with the Rev. Matthew Laughter, officiating. Military graveside rites will be rendered by the U.S. Air Force.