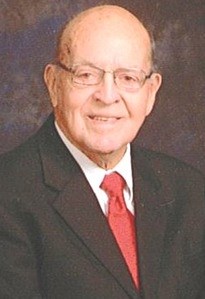 William "Bill" Earl Cochran Jr., 87, of Concord, died Thursday, Oct. 28, 2021, at his home. In life, Bill was a kind, honest, hardworking and fun man who cherished God, his wife, family, friends, and community.

Bill was born in Concord, March 25, 1934, to the late William Earl Cochran Sr. and Fannie Little Cochran. He loved telling childhood stories of his times in Concord as a young boy and man. Bill is a 1952 graduate of Concord High School, where he was on the football team and played in the very first "Bell Game" between A.L. Brown and Concord. Following high school, Bill continued his education and football career at Lees-McRae College in Banner Elk, graduating in 1954. Following his graduation, Bill completed his degree in Civil Engineering at N.C. State in 1956.

Following his education at N.C. State, Bill worked as an engineer in Charlotte, and also assisted his father's concrete business, William Earl Cochran & Son Concrete Construction. Many driveways in Concord were laid by this father and son pair and later with Bill and his sons. Bill accepted a position as City Engineer in Concord and later started an engineering consulting business out of his home, which he did until his retirement.

In his adult life, Bill held multiple leadership positions in Concord and with his church, Forest Hill United Methodist. At Forest Hill, he served as chairman of the Building Committee of the new sanctuary in 1989 and served as chairman of the Administrative Board. More recently, Bill enjoyed serving hotdogs to the community on Fridays. In Concord, Bill was on the Board of Directors of the Boys and Girls Club of Cabarrus County and served a term as president. Bill was committed to enhancing the lives of others. He relished in serving pancakes on Pancake Day, sponsoring athletic teams or volunteering in different ways to help people through the programs offered at the club.

Bill had many loves in his life, but above them all was his love of his bride, Patience "Paiti" Goldston Cochran. They were married at Forest Hill United Methodist Jan. 24, 1960, and throughout their 61-year marriage, they were loving, kind and respectful to each other — a true model of selfless and unconditional love. Regarding Paiti, Bill often said to his family, "Look how pretty she is!" He regularly expressed his gratitude and admiration to Paiti, even in his last days. Bill also loved spending time with his sons, his daughters-in-law, and his six grandchildren. His grandchildren had his heart.

Bill also loved times at their mountain house. In 1987, Bill and Paiti moved 100-year-old logs to a mountain in Banner Elk. The couple worked diligently with the construction of this home overlooking Grandfather Mountain. This beautiful and peaceful place provided countless memories of Thanksgiving dinners, Christmas celebrations, card games on the porch, snowy shut-in weekends, ski trips, napping in the hammock and more with friends and family. In addition to spending time at the mountain house, Bill loved playing tennis, hiking and fishing in the North Carolina Mountains, snow skiing at Beech Mountain and Wyoming, relaxing at Lake Waccamaw and watching and hearing birds on his screened-in porch at his Concord home.

The memorial services will be held Sunday, Oct. 31, at Forest Hill United Methodist Church, 265 Union St. N in Concord, at 3 p.m. The family will receive friends immediately following the service in the sanctuary. Burial will be private.

www.wilkinsonfuneralhome.com
Published by Concord & Kannapolis Independent Tribune from Oct. 22 to Oct. 31, 2021.
To plant trees in memory, please visit the Sympathy Store.
MEMORIAL EVENTS
To offer your sympathy during this difficult time, you can now have memorial trees planted in a National Forest in memory of your loved one.
Funeral services provided by:
Wilkinson Funeral Home
MAKE A DONATION
MEMORIES & CONDOLENCES
Sponsored by Wilkinson Funeral Home.
2 Entries
I went to LMC College with Bill. We were good friends and such a kind, wonderful person. Today I was just looking to see if he still lived in Concord. I live in Wadesboro. Was so shocked to read the sad news. I am so sorry for your loss. He was a special person.
Peggy Odom Kellar
School
October 31, 2021
Remembering my first day of school at Long Grammer I sat beside Bill. He used a very thick lead pencil. Guess he was ready to get started in business. He will be missed by all.
Dixie Follette
October 30, 2021
Showing 1 - 2 of 2 results