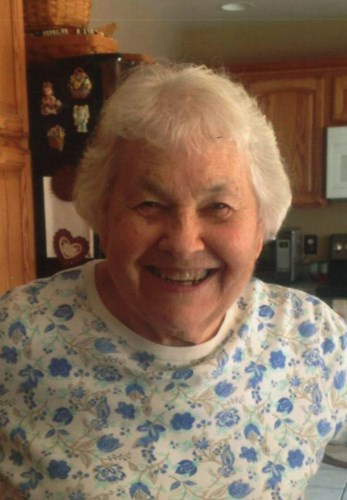 BORN
1941
DIED
2021
FUNERAL HOME
Fellows, Helfenbein & Newnam Funeral Home Pa
106 Shamrock Road
Chester, MD
Nancy L. (Durham) Shively, 80, of Camden-Wyoming DE and formerly of Abbeville, SC and Goldsboro, MD passed away peacefully on November 19, 2021, at her home surrounded by her family. She was born March 30, 1941at home in Melitota, near Chestertown, MD to the late H. Gaylord and Mary Darrell Durham. She graduated in 1959 as a member of the last class to graduate from Greensboro High School, Greensboro, MD. On November 21, 1959 she married Donald H. Shively and they shared 54 years together until his passing on August 22, 2014.

Along with raising a family, Nancy was the bookkeeper for the family business, Shively's Garage. In later years she was an instructional aide at Greensboro Elementary School, as well as the Caroline County Vo-Tech Center. During her girls' school days, Nancy volunteered as

a chaperone, room mother, and with the PTA. She was a Girl Scout leader, Sunday school teacher, and was actively involved with her church in many roles - helping with VBS, serving on various committees, and singing in the choir. Although Nancy was not a member of the Goldsboro Volunteer Fire Company Ladies Auxiliary, she volunteered with many of their events and activities.

The family would like to thank her caregivers: Athena, Antonia, Ashley, and Compassionate Care Hospice.

A celebration of life will be held on Wednesday, December 1, 2021, at 2pm, at the Grace United Methodist Church located at 145 Grace Drive, Abbeville South Carolina. Followed by fellowship time, all are welcomed to attend.

In lieu of flowers, please send donations in Nancy's name to:

Online condolences may be shared at www.fleegleandhelfenbein.com