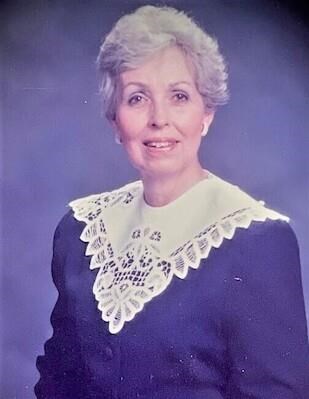 Indianapolis - Barbara Sherow Busche died peacefully on Sunday, November 29, 2020 at the age of 92. Barbara was born on July 19, 1928 in Indianapolis, Indiana to Douglas Taber Sherow and Esther Kellum Sherow.

Barbara was educated at Indianapolis Public Schools #43 and 70, and she graduated from Shortridge High School in 1946. Barbara then went on the attend Butler University where she joined Pi Beta Phi Sorority. She graduated with a Bachelors of Science in Elementary Education in 1950. Barbara taught first and second grades at School #44 for seven years until her first child was born. Thereafter, Barbara began her lifelong involvement with her family.

Barbara's volunteer commitments were many and modeled her devotion to family. She was a longtime member of St. Luke's United Methodist Church, Indianapolis, which she and her family joined in 1959. She served as a Sunday School Teacher, Pastor Parish Relations Committee and Clergy Search Committee, and she was president of the Carmel High School Parent Teacher Organization. She also was an active community leader serving Boys Club, Girl Scouts, Crossroads, Methodist Hospital Task Core, and Pi Beta Phi. She also served her alma mater, Butler University, as a member of the Board of Trustees and the Alumni Board.

Among Barbara's many honors and awards was Butler University's Alumni Achievement Award. Barbara and her husband Eugene were Diamond donors to United Way.

Upon Eugene's retirement as Chairman, President and Chief Executive Officer of Indianapolis Life Insurance Company, Barbara engaged fully in the life of being a grandmother. Barbara and her husband Eugene assumed full responsibility for raising three of their grandchildren after the death of their daughter-in-law in 1998, a gift of unimaginable grace.

Barbara was known for her kindness, genuine interest in others, loving spirit and willingness to serve. She was a role model for all who knew her. Her service to others, including her husband during his battle with Parkinson's Disease, serve as inspiration to all who knew her. Her knack of finding common interests endeared her to everyone and earned her many, many friends. She was always more interested in others than talking about herself. Even in her final days, she comforted others, provided hope and encouragement and engaged with a bright smile visible even through a mask!

Barbara and Eugene's family wish to express profound gratitude to the staff of The Barrington of Carmel for their exceptional care and attention. At every turn, they went the extra mile. A celebration of Barbara's life will be held in late summer 2021. Gifts in lieu of flowers may be made to a charity of the donor's choice.

Published by The Indianapolis Star from Dec. 1 to Dec. 10, 2020.
To plant trees in memory, please visit the Sympathy Store.
MEMORIAL EVENTS
To offer your sympathy during this difficult time, you can now have memorial trees planted in a National Forest in memory of your loved one.
MAKE A DONATION
Please consider a donation as requested by the family.
MEMORIES & CONDOLENCES
4 Entries
Sara, I knew your lovely Mother through church! And your Father....they were the best kind of people! My condolences on your loss. She will be missed by all! Blessings of mercy and grace to you and your family.
Terri Jump
Friend
December 9, 2020
I’m so sorry for your loss. Barbara was a good friend of my mother in college and was a bridesmaid in my parents’ wedding. My mother always spoke of her with great fondness.
Lisa Hendrickson
Acquaintance
December 7, 2020
Barbara and Gene were our neighbors when we lived on Lawrence Road in Carmel. They were both such wonderful role models for us and we will always appreciate their kindness and support. Barbara had an incredible love of life and an awesome personality. We send our sincerest sympathy to their children, Sarah and David. God gave you incredible parents.
glenda and van bogan
Friend
December 6, 2020
I love the Busche family! What wonderful neighbors on New Jersey St. Barbara always had a radiant smile and an encouraging word. Heaven has gained one of the best angels ever!
Gary Bugher
Neighbor
December 3, 2020
Showing 1 - 4 of 4 results