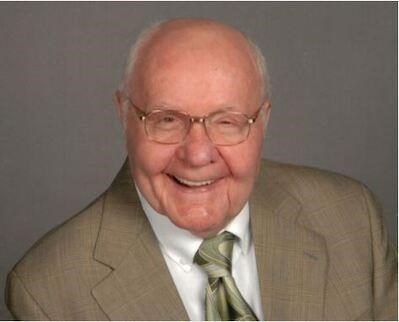 BORN
1931
DIED
2021
ABOUT
Howe High School
FUNERAL HOME
Singleton & St. Pierre Funeral & Cremation Services
7602 Madison Avenue
Indianapolis, IN
Donald Eugene Hubbard passed away peacefully at home on April 20, 2021, at the age of 89, his wife Shirley was by his side. He was born August 21, 1931 in Indianapolis, Indiana to Forrest and Marcella Leibel Hubbard. He was a 1949 graduate of Thomas Carr Howe High School. He attended Butler University for one semester, He was a medic in the Korean War, serving from 1952 to 1954. He was awarded several medals for his service and also served in the Marine Reserves after the Korean War. He was a conductor on the Penn Central and CSX railroads for forty-five years. In addition to his parents, his siblings, Dolores Hubbard Fitzpatrick and Guilford Jack Hubbard preceded him in death. Donald is also survived by sons Douglas (Lisa) Hubbard, Bryan Sr.(Marie) Hubbard, and Mark (Tammy) Hubbard. He is also survived by step sons John (Sheryl) Weber, Jeff Weber, Ed Starker Jr., John (Bobbi) Starker, and step-daughter Cynthia Harmon. He had many grandchildren, great-grandchildren, cousins, nieces and nephews, and many loving friends. Don was a man of deep faith---he had a loving heart and would help anyone who needed it. He was a member of Southminster Presbyterian Church where he often sang. He also enjoyed singing Karaoke with his wife. Graveside services will be held at Washington Park East Cemetery in Indianapolis on Tuesday, April 27, 2021 at 2 p.m. along with full military honors. Singleton-Herr Mortuary 7602 Madison Avenue, Indianapolis, IN 46227 has been entrusted with the arrangements. 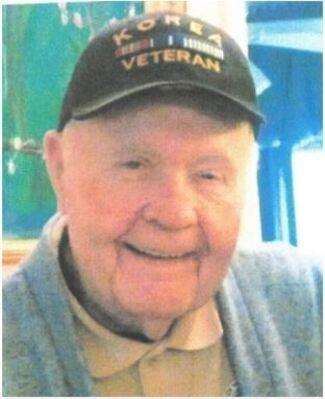 Published by The Indianapolis Star from Apr. 24 to Apr. 25, 2021.
To plant trees in memory, please visit the Sympathy Store.
MEMORIAL EVENTS
Apr
27
Graveside service
2:00p.m.
Washington Park East Cemetery
Indianapolis, IN
Funeral services provided by:
Singleton & St. Pierre Funeral & Cremation Services
MAKE A DONATION
MEMORIES & CONDOLENCES
7 Entries
In loving memory of my father. I keep deleting everything I type here because there is not enough space in this text box to express how I feel about my father. For everyone that knew my dad, I am sure the memories that you shared with him touched your lives. He was a role model for us all to follow and possessed the moral values we all need to pass on to our children.
Bryan Hubbard
Son
April 25, 2021
Thank you for being my Dad for 40 years, the only Dad I know. I will miss you and love you very much. You're a kind and a loving person with a wonderful voice, you're a Saint.
Marie Hubbard
Family
April 25, 2021
I will always remember the times you took to come to my baseball games and basketballs games. All the birthdays. All of the holidays spent sharing memories and eating love cooked meals. You inspired so many of us to become better versions of ourselves through your unconditional love. We will forever love and miss you grandpa. May you Rest In Peace.
Chris Hubbard
Grandchild
April 25, 2021
Since my name is Donald Eugene Lile We used to tease each other. We had Breakfast for at least 10 years at Bob Evans with Don and your Mother. She was a sweet heart. Then, he met Shirley and we got to meet her too. He was a lucky man to find 2 of them. He used to sing a song about Josephine my wife's name to tease her. We both have health issues and won't be able to come. But, will miss a dear Friend. God Bless.
Donald Eugene Lile Lile
Friend
April 25, 2021
Don was an amazing man. He made Shirley very happy and was loved by all that knew him. He was a wonderful father in law and step father to me and my husband John...We are still keeping our eyes on you Don!! Love you and will miss you but we know you are in Heaven and looking over us until we meet again.
Bobbi and John Starker
Daughter
April 24, 2021
Love you dad. I will always remember all the times we went hunting and fishing.
Douglas Hubbard
Son
April 24, 2021
Love you dad.I will always remember all the times we went hunting or fishing together and the goog times we had. Love Doug
Douglas Hubbard
Son
April 24, 2021
Showing 1 - 7 of 7 results