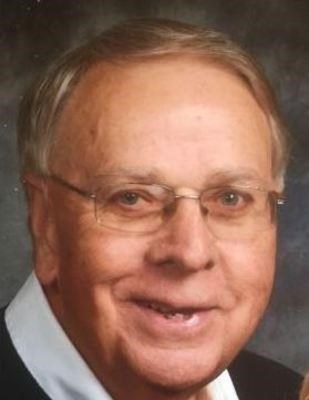 ABOUT
Plainfield High School
James Lee "Jim" Albright of Speedway, Indiana passed away May 8th at the age of 81. Jim was the loving husband to Karen (Layman) Albright of Danville, Indiana for 59 years. He was also the loving father to Lisa (Kleindorfer)-Eric, Lynn (Dever) and Jeff Albright-Cathy. Karen and Jim have eight grandchildren (Ryan, Eric, John, Rachel, Luke, Landon, Ava and Sophia) and two great-grandchildren (Theo and Cohen). Jim was the beloved son to Veda and Ivan Albright, and brother to Jack Albright.

He was a graduate of Plainfield High School '56, Hanover College(BA in Education & Chemistry) '60 and received his Masters from Butler University. He played football at Hanover(MVP '60) and was a member of the Lambda Chi Alpha fraternity. Jim was instrumental in helping recruit many athletes to Hanover.

He began his teaching career at Hibberd in Richmond, Indiana. He later taught at Northwest High School for 33 years where he taught Chemistry and served as the Department Head. Jim also served as a football, wrestling, men's golf and girl's basketball coach during his tenure at NHS.

Jim was a Christian and a member of Speedway Baptist Church where he served as Deacon for many years. As an educator and man of God, he helped make a difference in many of his students and fellow member's lives.

In his spare time you could find Jim on the golf course, watching a Red's game, attending the Colts' games and most importantly following his grandchildren's events. Jim will be greatly missed, but we know our loss is Heaven's gain. We love you.


Published by The Indianapolis Star on May 10, 2019.
To plant trees in memory, please visit the Sympathy Store.
MEMORIAL EVENTS
May
13
Visitation
4:00p.m. - 6:30p.m.
Speedway Baptist Church
IN
May
13
Memorial service
6:30p.m.
Speedway Baptist Church
IN
MAKE A DONATION
MEMORIES & CONDOLENCES
7 Entries
What a great family. As kids, we loved hanging with the Albright. Saw my first packers game with Jeff and Jim. Karen with incredible smile and Jim with the most infectious laugh. He will be missed. Great man, great life!
Tony Hill
May 13, 2019
Jim was a great friend. He was a great sports fan and a faithful Deacon of his church. He was always available to help with whatever you needed. He will be greatly missed.
Tom & Barbara Williamson
May 13, 2019
Our thoughts and prayers are with you all. Gary said that he was not only a heavy recruiter for athletes at Hanover but also for the pathology lab. He always picked the brightest and best. We wish we could be there to celebrate Jim's life but unfortunately Gary is in the hospital waiting to have a procedure. Love to all of you
Gary and Sue Hill
May 13, 2019
Favorite teacher and coach of all time, great guy.
Craig Carr Class of "65"
Craig Carr
May 11, 2019
Mr. Albright was my teacher at Northwest and was one of IPS' best. Thanks to Mr. Albright, chemistry class went from daunting to exciting. Thank you for sharing Mr. Albright with those of us at Northwest. He definitely left an impact on many young people.
Brian Clouse
May 10, 2019 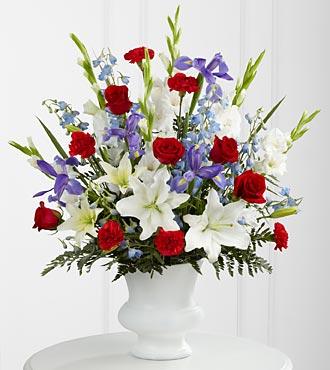 a loved one
May 10, 2019
Sorry to hear of Jim's passing, I would like to offer my sincere condolences to his family. Jeremiah 29:11, 12 assures us God is thinking thoughts of peace towards us, to give us a future and a hope, and that if we come and pray to Him, He will listen to us. In the days to come may you find comfort in that hope.
May 10, 2019
Showing 1 - 7 of 7 results