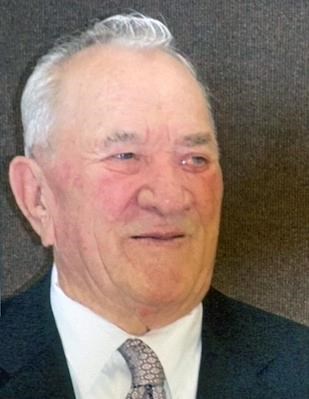 Whiteland - After 64 years in the wrecker and towing business, The Legend has gone to meet his loving God.

James "Jim" Hix married Ova (Trobaugh) Hix in 1948 and came to Indiana from Tennessee with ten cents in his pocket to start a new life. He walked the streets of Indianapolis looking for work of any kind.

He worked for Wake-Up Oil Company, Blue Bonnet Margarine Company, and then went to work for West Baking Company.

While working for the West Baking Company he met a man that owned a wrecker and decided to try his hand at that kind of work. He gave the man his car and his paycheck of $290.00 to purchase the tow truck. He worked for the bakery by night and towed vehicles for insurance companies by day, bringing them back from the surrounding states. After some time of many hours and little sleep, he went into the wrecker business full time. His wife quit her job at RCA and together they built the largest wrecker service in the Midwest during the 70's and 80's.

He purchased several local and distant wrecker services such as Blue & White, Arch & Howards, Martins, Pollys, Hunters, and Recovery One.

He first started out at 2530 East Werges Street with a wrecker service and a body shop. They outgrew the property and purchased 3200 Bluff Road in the late 1980's where the home office is still located. He also owns Greenwood Wrecker Service, Franklin Wrecker Service, Recovery One and just added a new location at 30 South Post Road.

He owned Westside Auto Parts, and an auto parts in Greenfield, Indiana. His largest auto parts store is still open at 3200 Bluff Road in Indianapolis.

He owned an auto crushing unit and crushed his own cars and took them to the scrap yards. He traveled all around Indiana to different auto parts yards and crushed cars for other people. He enjoyed his loaders and his car crusher.

He enjoyed driving race cars in the late 50's and early 60's at the Kitley Speedrome. He would drive in the figure 8 features.

He drove a tractor trailer filled with band equipment in 1991 for the Center Grove Marching Band Trojans to compete in Tempe, Arizona competition and his grandson marched in the Fiesta Bowl.

He loved watching his grandson and great-grandsons play baseball.

He watched fireworks every 4th of July either downtown Indianapolis, Greenwood, or his own yard.

He loved to go fishing in Canada and deer hunting in Tennessee on his property.

In the 1950's he enjoyed Big Time Wrestling every Saturday night.

He was born June 21, 1931 in Whitleyville, Tennessee to George Dewey and Bonnie Margaret Hix. They preceded him in death. His mother passed two weeks after his birth due to complications. He loved living with his grandparents and called them Mammy and Pappy. They were the love of his life when he was young.

His wonderful wife passed on April 6, 2020 and now they will be able to celebrate their 72nd anniversary together in Heaven on March 19th.

He was also preceded in death by his sister, Ovell Kinnard.

His father remarried Odell Warden and she preceded him in death along with his half-sisters, Helen Browning, Jeweldean Carrico, and half-brother, Larry Hix.

Thank you to Jewel Hatton for the help and care of him while he was at home.

He was a very loving, giving, and caring person. He would take his clothes and shoes off his own person and give to his employees if he saw them in need. He would bring strangers home for holiday dinners if they were stranded at the wrecker lots so they would not be alone. He would help anyone that would ask of him, even those that were too proud to ask. He was always there.

He loved to tell stories of his childhood and about all the wrecker runs and accidents that he worked during his lifetime, and about how things are very different between then and now.

He ate breakfast with his buddies at Hardees on Tracy Road in Whiteland every morning just talking about life and having fun and making friends.

Sometimes, on Sunday afternoons, people remember him from Mr. Fuel where he would purchase bubble gum and share it with everyone in there and talk for hours.

His hard work has accomplished much in his short life span on this earth.

He attended Southport Church of the Nazarene where he sponsored southern gospel singing groups. His favorite was the McCamey's.

A special thanks to all that have sent us their condolences and for all the hard work that has gone into the special service Saturday night from each of the towing services from all over the country.

May God Bless each and everyone.

In an effort to keep everyone safe and healthy, we are adhering to all the governor's mandates. We encourage you to share your condolences, photographs and memories with the family at www.ghherrmann.com. 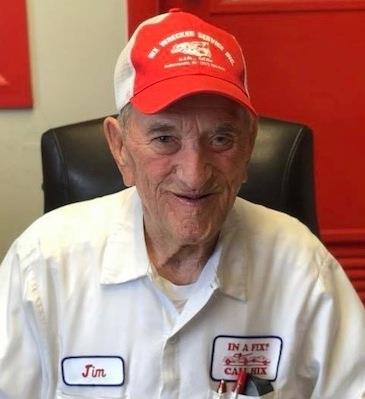 Thanks for the memories Jim. RIP.
C Buske
Friend
April 29, 2021
my daddy was Floyd Hix and my grandpa was Edward Hix my uncle was Moody Hix Payton Hix andDeph Hix My Brother is Eddie Hix IAM related to James Hix But I never met him but always knew we were related IAM sorry that we all never met but always knew we were related I always wanted to meet I just wanted to send my sympathy.Iam not for sure just how how we were related .I love in Tennessee .Harold Hix was my first cousin .what a surprise that My name is Patricia too.God Bless all of family
patricia Gail Hix Fergason
March 21, 2021
Remembering great times at IMS . Wrecker 3 has signed out and gone on home
Mr and Mrs Dean Demaree
March 21, 2021
I met Mr Hicks many times over the years. Purchase Parts at his Parts yard. I was also an insurance damage appraiser. Went to look at cars that were towed in from accidents. Was always a pleasure to talk with him. One night not too many years ago. Had a chance meeting with him when my wife was in the car. We talked for a good little bit. I don't remember what exactly brought us together that evening. but it was once again quite interesting and he had good stories to tell. The world will miss him for sure. Condolences to the family. We know he will rest in peace with our most high God. Amen
R. J. Erich II
March 21, 2021
Condolences to the Hix family. We grew up across the street from Jim. He actually bought our house on Werges for his business. He was a really nice man.
Vickie Guy Dotterweich
March 20, 2021
I considered James my great uncle even though he really wasn´t. I loved him, his wife and daughter with all my heart. I will miss Jim but I have lots of memories held in my heart. Heartfelt condolences to the family. Gail, call or text if you want. Love Lee Crawford
Lee Crawford
March 20, 2021
Showing 1 - 7 of 7 results