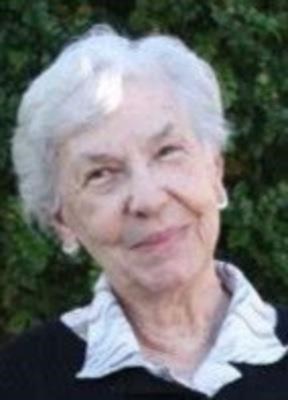 Brink was a 1940 graduate of St. Agnes Academy. She married Paul Louis Brink of Indianapolis in 1945, a Navy bride who traveled with her husband to the Mojave Desert where he was stationed testing aircraft. They returned to Indianapolis after that assignment, where they lived until moving permanently to Arizona in the early 2000s.

Brink was a loving wife, grandmother and great-grandmother who loved spending time with her family and friends. She was a great Italian cook who played and taught piano, gardened, knitted and crocheted.

Brink is preceded in death by her husband and parents.

A memorial service is 10 a.m. Friday, Nov. 3, at Our Lady of Lourdes Parish in Sun City West. In lieu of flowers, donations can be made to the Warm Hearts Foundation, P.O. Box 888634, Grand Rapids, MI 49588. A second service and burial will be scheduled later in Indianapolis.


Published by The Indianapolis Star on Nov. 1, 2017.
To plant trees in memory, please visit the Sympathy Store.
MEMORIAL EVENTS
Nov
3
Memorial service
10:00a.m.
Our Lady of Lourdes Parish
Sun City West, AZ
MAKE A DONATION
MEMORIES & CONDOLENCES
3 Entries
The measure of the purpose and fulfillment of a life of a mother can be seen in the children which she nurtured, and their children. Surely then Mrs. Brink lived a life of great purpose and accomplishment. She was a lovely lady whose many contributions to the world will continue for generations and generations.
Ross and Jo Parker
November 4, 2017
With deepest condolences for your loss. My thoughts and prayers are with the Bruno and Brink family
Darlene Metter
Darlene Metter
November 3, 2017
My wife, Sepi, and I extend our deepest and most sincere condolences to the Brink and Bruno families, and in particular to my dear friend Jim. May your warm memories and love for Mary Jane cushion your sorrow.
Alexander Norbash
November 2, 2017
Showing 1 - 3 of 3 results