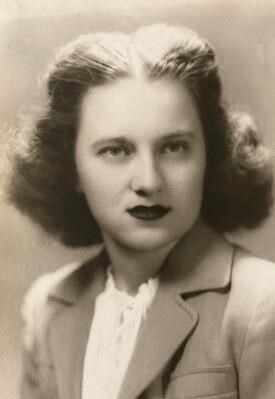 Norma J. (Cox) Woods 93. Passed away peacefully in Indianapolis at the St Franciscan Hospice House, Sunday June 13, 2021. Born in Oakland City, IN. May 3, 1928, she was the oldest of 2 children born to John and Maude Cox. Norma graduated from Howe High School in Indianapolis. She married Billie Max Woods on May 30, 1947; who preceded her in death in 1996. She worked at Indiana Bell Telephone Company as an telephone operator for many years until she stayed home to raise 3 children, Brent Mitchell Woods (proceeded in Death), Glenda Gay Sims(Michael), and Hollie Wilson. She has 5 grandchildren, Heather, Shelby, Rebeka, Tyler, and Alex and 8 great grandchildren. She enjoyed her grandchildren and collecting elephants of all shapes and sizes. She was a long time Indiana Pacers fan and rarely missed watching a game. Donations can be made to the St Franciscan Hospice House. 8414 Franciscan Lane Indianapolis, In 46237. Visitation will be June 22nd, 1-2pm;graveside service at 2pm- Flanner Buchanan Washington Park East.