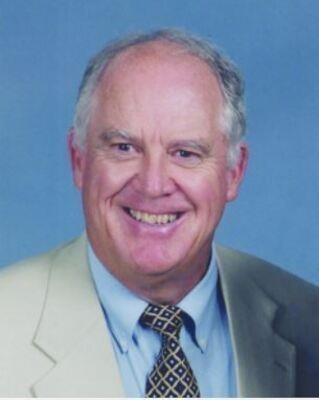 BORN
1935
DIED
2021
Wayne Holmes Lentz, Age (85) of Carmel, Indiana, passed away Sunday, April 11, 2021, at Carmel Health & Living Community. He was born on July 28, 1935, in Indianapolis. He was preceded in death by his parents, Charles and Blanche (Pyatt) Lentz, sister, Mary Virginia, and brother, Charles Lowell. He is survived by his wife of (62) years, Carolyn (Turner) Lentz, two sons, Greg (Lori) and Eric (Kristy), along with daughter, Sara (Thad) Eckerle. He also had five grandchildren: Alex, Abby, Hollyn and Brayden Lentz, and Luke Eckerle. Finally, he is survived by nephew, Nelsen (Jackie) Lentz, and great niece and nephew, Caitlin and Will.

Wayne graduated from Washington High School in Indianapolis as Salutatorian of his class in 1953, then attended Phillips Exeter Academy in Exeter, New Hampshire, prior to attending Purdue University. He was a member of Pi Tau Sigma National Honorary Mechanical Engineering Fraternity. He graduated from Purdue in 1958.

Wayne was a member of Orchard Park Presbyterian Church, since moving to Carmel in February 1967. He served as a Deacon and was a member of the church choir for many years. He worked at the Naval Avionics Facility in Indianapolis as a Production Engineer, and finished his career with the Department of Defense at Fort Harrison as a Quality Assurance Engineer. He retired in 1992 after 34 years of government civil service.

Post retirement, Wayne enjoyed gardening, sports, his grandchildren, and traveling around the country visiting US National Parks and Monuments. Wayne was an ardent Purdue sports fan and an enthusiastic supporter of IHSAA baseball, particularly the Carmel Greyhound, Carmel Dads Club, Carmel Babe Ruth and Carmel American Legion baseball programs where his sons and grandsons played, coached and officiated, dating back to the late 1960's.

Visitation will commence at 11 am on Thursday, April 15, 2021 at Orchard Park Presbyterian Church in Carmel, followed by a brief service at 12 noon, with final interment at Crown Hill Cemetery in Indianapolis. The family has established a fund through the Carmel Education Foundation pertaining to the Carmel High School baseball team for a future scholarship in honor of Wayne's passion for baseball and education. Memorial contributions can be made accordingly.


To plant trees in memory, please visit our Sympathy Store.
Published by The Indianapolis Star from Apr. 13 to Apr. 14, 2021.
MEMORIAL EVENTS
Apr
15
Visitation
11:00a.m.
Orchard Park Presbyterian Church
, Carmel, Indiana
Apr
15
Service
12:00p.m.
Orchard Park Presbyterian Church
, Carmel, Indiana
Apr
15
Interment
Crown Hill Cemetery
, Indianapolis, Indiana
MEMORIES & CONDOLENCES
3 Entries
I am so sorry to hear of the loss of your Dad. Wayne was a wonderful friend and client.I always enjoyed listening to him tell me about his children and especially his grandchildren. He was so proud of you all. I will miss him greatly.My condolences to you ,your Mom and families. God bless you all.
Sincerely, Alice Tetrick.
Alice TETRICK
April 15, 2021
Wayne Lentz, is the father of one of my best friends. I have a lifetime of memories of Mr. Lentz and his family. We spent countless hours over at the Lentz house, playing basketball, volleyball and hanging out. I can still picture him sitting on a five gallon bucket with the baseball scorebook on his lap. Godspeed Mr. Lentz, you will be missed and fondly remembered.
Mark Deady
Friend
April 14, 2021
No finer man than Wayne Lentz. We go back to our time coaching together in Babe Ruth in the 70s. He taught me so much. Wayne leaves a wonderful wife and three grown children from their days at Carmel Jr. High. Also his many grandchildren preserve his legacy. Rest In peace Wayne.
Bob Brower
Friend
April 13, 2021