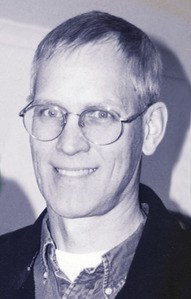 FUNERAL HOME
Fagan-Quinn Funeral Home
825 Boston Neck Road
North Kingstown, RI
Buckley Bruce F. Age 77, a longtime resident of Narragansett, RI, and formerly of Berwyn, PA and Warwick, RI, died November 20 in Westerly Hospital, Westerly, RI. Born in Summit, NJ in 1944, he was the son of Ebba and Albert F. Buckley. He grew up in Chatham, NJ and Berwyn, PA and attended Bucknell University, graduating in 1966. He joined the U.S. Army and served as a Commissioned Officer honorably for two years. In 1967 he married Janet L. Irwin of Locust Valley, NY and they were married for 54 years. He leaves his beloved wife Janet, his two sons Mitch and Mark Buckley, his sister Barbara Waller of Malvern, PA, and his three grandsons Roger, Jack and Aedan Buckley. Mr. Buckley, who stood at six foot four and who was quite an athlete in high school and college, was a gentle and kind individual with a salesman's gift of gab and a tremendous sense of humor. Like his father Al, Bruce had a successful sales career excelling in retail merchandise management. He served in various managerial positions for Sears and Roebuck, Warwick, RI, and as store manager of BJ's and Sam's Wholesale Clubs. Bruce enthusiastically pursued several hobbies, such as baseball card collecting, carpentry, golf and photography and he was a loyal fan of the Philadelphia Phillies. His gift of gab carried over into retirement and he would strike up conversations with people he did not know and left them laughing. The staff at Brightview Commons, Wakefield, RI, remarked that he was a great dancer. He will be truly missed by many. His family and friends recall how he and Janet simply danced the night away at their wedding. The family expresses profound thanks to the staff at Brightview for their excellent patience and care for Bruce. The family also wishes to thank the staff of Westerly Hospital and HopeHealth Hospice and Palliative Care for their excellent services. Visiting hours will be held at THE FAGAN-QUINN FUNERAL HOME, 825 Boston Neck Rd., North Kingstown, RI, on Friday December 3 from 9:30 - 10:30 A.M., followed by a burial at R.I. Veterans Cemetery at 11 A.M. Memorial donations may be made to the Parkinson's Foundation at www.parkinson.org or by mail to 200 SE 1st Street, Suite 800, Miami, FL 33131. Kindly visit the Fagan-Quinn Funeral Home website at www.TheQuinnFuneralHome.com for information and online condolences.

Published by The Philadelphia Inquirer on Nov. 27, 2021.
To plant trees in memory, please visit the Sympathy Store.
MEMORIAL EVENTS
To offer your sympathy during this difficult time, you can now have memorial trees planted in a National Forest in memory of your loved one.
Funeral services provided by:
Fagan-Quinn Funeral Home
MAKE A DONATION
MEMORIES & CONDOLENCES
Sponsored by Fagan-Quinn Funeral Home.
0 Entries
Be the first to post a memory or condolences.