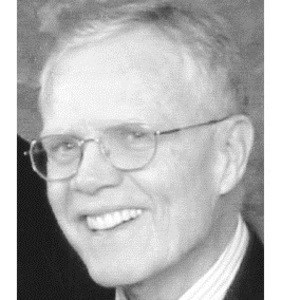 FUNERAL HOME
Perinchief Chapels
438 High Street
Mt. Holly, NJ
MUIR WILLIAM R., MD Passed away peacefully on May 24th, 2021 at his home in Lumberton, NJ surrounded by family. He was a surgeon in private practice in Mt. Holly from 1960-1994 and chair of the Department of Surgery at Burlington County Memorial Hospital (BCMH) for 25 years. He was a Fellow of the American College of Surgeons and served in multiple leadership positions within the organization. He was instrumental in developing a surgical residency program. After retiring from his practice, he served as a surgeon with the Indian Health Service in Shiprock, New Mexico. He was born in New York City where he attended the Bronx High School of Science. He graduated from Virginia Military Institute and Columbia College of Physicians and Surgeons. He completed his internship and residency at The Hospital of the University of Pennsylvania where he met his future wife, Dorothy Myles. They bought a farm in Vincentown, NJ where they raised their family. After retiring, he ad Dottie moved to Lumberton Leas. He loved sailing and celestial navigation and spent vacations with family and friends on the water. In retirement, he devoted much of his time to travel, studied the origins of civilizations, music, the fine arts, and other subjects. Dorothy, his beloved wife and companion of 54 years died in 2010. He is survived by his three sons, William, Jr. (Karen), Richard (Lorena), and Christopher (Rose); three daughters Bess, Carolyn (Ken Kuchman), and Jennifer; as well as eleven grandchildren and five great-grandchildren. A Funeral Mass will be celebrated privately. A Celebration of Dr. Muir's life is tentatively planned at Medford Leas on August 27, 2021. More information will be available on the Medford Leas calendar as the date approaches. In lieu of flowers, the Muir family would be honored by your attendance in remembrance of him during a visit or performance, or a donation to one of his favorite Philadelphia cultural organizations: The Philadelphia Orchestra, The Philadelphia Museum of Art, The Barnes Foundation or the Penn Museum. Arrangements by THE PERINCHIEF CHAPELS Mount Holly perinchief.com
Published by The Philadelphia Inquirer from May 27 to May 29, 2021.
To plant trees in memory, please visit the Sympathy Store.
MEMORIAL EVENTS
May
28
Graveside service
2:00p.m.
Columbarium at Calvary Cemetery
Cherry Hill, NJ
Aug
27
Celebration of Life
Medford Leas
NJ
Funeral services provided by:
Perinchief Chapels
MAKE A DONATION
MEMORIES & CONDOLENCES
Sponsored by Perinchief Chapels.
0 Entries
Be the first to post a memory or condolences.