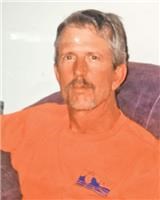 BORN
1958
DIED
2021
Clay Edward Anderson 63, of Lone Pine, CA passed away on November 15th 2021 due to Covid-19 complications at Southern Inyo Hospital. He was born October 18, 1958, in Fullerton, CA to Edmund Benjamin Anderson and Carla Tower Anderson, but was raised in Lone Pine from the young age of two. Clay graduated from Lone Pine High School in 1976.
He worked at Millers towing from 1979 to 2001 before moving to Colorado only to return back to his hometown in 2017 where he also returned to work with his closest friend John Miller.
He is survived by five children; Reeanna Trahey 41, Justin Anderson 38, Katelyn Torsky 23, Nick Canchola 31 and Danielle Canchola 28, His sister Carin Matteson, and 9 grandchildren.
Clay also is survived by his nephews and nieces and many close friends.
Celebration of life will take place on Saturday, December 11, 2021 on Dolomite Rd in Lone Pine at 1 p.m.
The family is asking attendees to please bring one item that reminds you of Mr. Anderson, as they will be doing a time capsule during his celebration of life. Guests should look for Millers town truck on Dolomite Road for specific location.
Published by Inyo Register on Dec. 6, 2021.
To plant trees in memory, please visit the Sympathy Store.
MEMORIAL EVENTS
Dec
11
Celebration of Life
1:00p.m.
look for Millers town truck on Dolomite Road for specific location
Lone Pine, CA
MAKE A DONATION
MEMORIES & CONDOLENCES
4 Entries
Thank you for the tow out of Panamint Valley many years ago. R.I.P.
Jody & Joe Bruce
Other
December 21, 2021
I first met Clay Anderson when I took a job as a mechanic at Miller Chevrolet in Lone Pine around 1981, when I moved from Death Valley to Lone Pine. It was not long before Clay took to inviting me over to his home for lunch, where I met his lovely wife Tammy (née Rinker) and their two children. They were both such sweet people, and we soon developed a great friendship. She always had lunch ready for us when we got there. Just before Miller Chevrolet closed for good around 1982, I had started my own shop (at the Quonset hut by the airport). Soon after, Clay and John Miller joined me there, and the friendships and camaraderie blossomed. It really was Clay, Tammy, and others who welcomed my wife and I into the Lone Pine community. I moved away from Lone Pine around 1987, and lost track of Clay. But by 2014, I had transferred in my DWP job from LA to Keeler, Clay was again working with John Miller, and we renewed our friendship as if no time had passed, though we were much older by then. There is an old cliché, "they don't make them like that anymore". Clay was that person. There was nothing that he would not do for a friend. He would tear the heart off of his sleeve for you. He would find firewood for you, or share some venison from his last deer hunt. I will miss him deeply, and he will remain forever in my heart, soul, and thoughts.
Max Rosan
Work
December 18, 2021
I´m devastated to hear the news my dear friend clay you will be always in my heart, prayers and love to your family. I love you!!!
Katreece strzesak
Friend
December 8, 2021
I have known Clay since we were kids in Little League. I'm from Big pine
Daniel Lewis
Friend
December 6, 2021
Showing 1 - 4 of 4 results