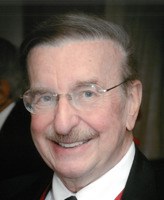 BORN
1934
DIED
2021
FUNERAL HOME
The Island Funeral Home & Crematory
4 Cardinal Road
Hilton Head, SC
Jason Stevens, MD
February 3, 1934 - June 18, 2021
Hilton Head Island, South Carolina - Jason Henry Stevens, MD died June 18, 2021 at Hilton Head, South Carolina, after a short illness. He was born on February 3, 1934, the eldest of the two sons of Fred and Helen Stevens and was raised in Painted Post, New York. His early accomplishments included rising to the rank of Eagle Scout, competing as a county champion hurdler, and winning gold medals in New York State music fairs with his baritone horn skills. Jason's academic success earned him a scholarship to the University of Michigan where his innate athleticism and musicality were brought together on the stadium field as a proud member of the famous Michigan Marching Band. After graduating with an AB in English Literature in 1955, Jason headed to Buffalo, New York where over the course of the next four years he earned his MD at the University of Buffalo, and developed a strong dislike for the term "lake effect snow". A lifetime of harsh winters prompted the nascent Dr. Stevens to switch coasts, and so he set out for the sunny climes of Orange County, California.
After interning at Orange County General Hospital, Jason then moved on to UCLA where he completed his ophthalmology residency in 1963. His next adventure took him to Korea where he was assigned to the 45th MASH and 121st evacuation hospital. As the only eye surgeon in the country he spent a good deal of time in the air being helicoptered around to different MASH units. Once his service in Korea was complete, Jason brought his new-found love for bulgogi back with him to San Francisco's Letterman Army Hospital where he spent the following year. By this time, Orange County was calling him once more.
Jason returned to Southern California to build a private practice that flourished for the next thirty years. During his 3-decade career Jason earned a number of professional achievements and accolades: he served as Clinical Professor of Ophthalmology at the University of California, Irvine; founded the Orange County Eye Bank; was the first president of the Orange County Eye Society; and was the first physician to perform corneal transplants in all of Orange County. As a lifelong sports fan, he was delighted to be brought on as the ophthalmologist for the California Angels and also did a stint with the Los Angeles Rams.
Upon retiring in 1995, and after launching six children into the world, Jason and his wife Clara decided it was time for a new adventure. In 2000, they moved to Hilton Head, South Carolina, where they spent 20 wonderful years.
Of the many interests and pursuits that Jason devoted himself to during his retirement, his 12 years of service to Volunteers in Medicine was one of the most rewarding. Jason's lifelong passions for cooking and genealogy both offered other avenues for him to explore. Jason was a marvelous host and cook and belonged to gourmet clubs both in Orange County and Hilton Head where he was known for creating exquisite meals and memorable disasters with equal abandon. After many years of poring through church records, cemetery visits, and numerous annual trips to the Family History Library in Salt Lake City, Jason managed to trace the Stevens lineage as far back as he could (1066 AD!). He then began lending his expertise to friends and would spend hours researching on their behalf. He was a Mayflower descendent and belonged to many genealogical societies including the Magna Charta Society, Order of the Founders and Patriots of America, and Sons of the American Revolution among others. For many years he served on the counsel of the New England Historic Genealogical Society in Boston. He was a life member of the Mensa Society. There was no University of Michigan alumnus more loyal to his alma mater than Jason, who was President of the alumni association in both Orange County and Hilton Head. GO BLUE!!
Jason was an avid traveler and he had the passport stamps to show for it. From repeat visits to a beloved fly-fishing lodge in New Zealand to zip-lining in Chile, to the scores of destinations and cruise itineraries along the way, Jason and Clara harvested a wealth of experiences and treasured memories. But the most special place on earth in Jason's mind was always Sun Valley, Idaho. Since buying a second home there in 1976, the weeks-long family skiing and fishing vacations soon transitioned to full summers over the years. Sharing a Sun Valley life with his children and grandchildren was one of his greatest and most abiding pleasures.
Jason was a wonderful man, a devoted husband, a compassionate doctor and a loving father and grandfather. His generosity of spirit, enquiring mind and insatiable curiosity attracted many friends and kept his blended family close. He had an exceptional life and was grateful for every minute of it.
Jason is survived by his wife, Clara, their children and spouses: Brooke Stevens, Jason and Lisa Stevens, Alex and Jessica Luem, Matthew Luem and Ava Scanlon, Andrea Luem, Nick Luem and Karli Edholm, his nephew Fred Stevens and 12 grandchildren; and by his brother, John Stevens.
A memorial service will be held this summer in Sun Valley, Idaho. To honor Jason, contributions can be made in his memory to Volunteers in Medicine, PO Box 21177, Hilton Head Island, SC 29925, or to the Heritage Library Foundation, 2 Corpus Christi, Suite 100, Hilton Head Island, SC 29928.
Islandfuneralhome.com.

To plant trees in memory, please visit our Sympathy Store.
Published by The Island Packet on Jun. 20, 2021.
MEMORIAL EVENTS
No memorial events are currently scheduled.
To offer your sympathy during this difficult time, you can now have memorial trees planted in a National Forest in memory of your loved one.
Funeral services provided by:
The Island Funeral Home & Crematory
MEMORIES & CONDOLENCES
0 Entries
Be the first to post a memory or condolences.