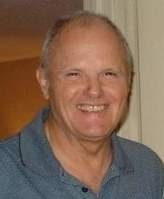 FUNERAL HOME
Dunn Family Funeral Home with Crematory
1801 S. Douglas Road
Oswego, IL
John Kinzer
August 14, 2021
Aurora, Illinois - John P. Kinzer quietly passed away of complications of a stroke on August 14, 2021, at Bickford of Aurora, Aurora IL. He was born in Wisconsin and spent his youth in Seattle, Washington, and Ramona, California. After his marriage to his loving wife, Margaret, they began their lives together and raised their family in Long Beach, California.
John, who was preceded in death by his parents Jack and Ruth, is survived by Margaret, his life partner of 62 years, and his devoted daughters; Carol, Mary, and Kathy, and his grandchildren: Kinzer, Kristin, Kailey, Shelby, Cole and grand in-laws Julia and Tyler.
His career path, from the very beginning, came with a serious science focus. John started officially at The Webb School and continued with a BA degree in Physics from Pomona College, where he graduated with honors and followed with an MS degree in Electrical Engineering, from Stanford University. He continued to concentrate in those scientific areas as an Aerospace Engineer at North American where he worked on the second stage of the Satan Rocket for the Apollo Space Program. From there he moved on to property development, at IDM as a Real Estate Developer.
After his move to Bluffton SC, he packaged all of his interests and leadership capabilities together and described himself as self-employed, which offered him the opportunity and challenge to create and participate in a variety of diverse business adventures.
John, though a renowned scientist and businessman, and popularly recognized for his professional accomplishments, was also determined to put in place, his leadership background directed to and through volunteer activities, such as the William Guy Forbeck Research Foundation. He has also been honored for his service to programs of the Rotary Club and received the Paul Harris Fellowship Award, was acknowledged for creating an individual reading program for the youth of Bluffton, and the Chapter Member Rotary Award for his dedication to Rotary over 25 years of service. During those years, and an abundance of personal travel, John focused on attending weekly meetings throughout the country and around the world.
The Kinzers loved being with their families and friends and enjoyed being outdoors and even better, on the water. Beyond that, they achieved a personal goal of worldwide travel with a plan to visit every state in the US and every continent, as well. Their particular enjoyment of square dancing, took them to square dancing conventions, throughout the country and especially in England.
John loved the challenge of a game of cards, especially Poker, Bridge, and Hearts, in which he was always the winner. Puzzles of any kind delighted him, and crossword puzzles continued to challenge him every day of his life, which he would point out, were always completed in ink. To say he was an avid reader, would be a triumph of an understatement.
In lieu of flowers, donations can be made to the William Guy Forbeck Research Foundation, an organization Mr. Kinzer was involved with for many years. Please visit their website at wgfrf.org to make a donation or checks can be mailed to WGFRF, PO BOX 1033, Carbondale, CO 81623.

Published by The Island Packet on Sep. 17, 2021.
To plant trees in memory, please visit the Sympathy Store.
MEMORIAL EVENTS
To offer your sympathy during this difficult time, you can now have memorial trees planted in a National Forest in memory of your loved one.
Funeral services provided by:
Dunn Family Funeral Home with Crematory
MAKE A DONATION
MEMORIES & CONDOLENCES
0 Entries
Be the first to post a memory or condolences.