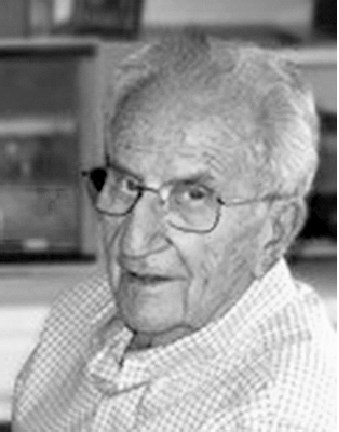 FUNERAL HOME
The Island Funeral Home & Crematory
4 Cardinal Road
Hilton Head, SC 29926
Wilbur Lucius Cross III, 1918 - 2019 Wilbur Lucius Cross passed away peacefully in his sleep on March 4, 2019, having celebrated his 100th birthday in August 2018. Cross was a noted author, editor and publisher during his long career. After raising their children in Westchester County, NY, Cross and his wife retired to Hilton Head in 1990, and enjoyed over twenty-five years on the island. Cross was deeply immersed in the island's history and natural surroundings; he was an active member of First Presbyterian Church and served as a Stephen Minister for many years. Cross was an Advisory Board member of Penn Center, the 145-year-old institution dedicated to African American Heritage. In 2016, Cross relocated to Dogwood of Acworth in Acworth GA in 2016. Wilbur Cross was born in Scranton, PA in 1918, to Wilbur Cross Jr and Alice Sanderson Cross. He grew up in Hamden Connecticut, where his grandfather served as the 71st Governor of Connecticut for four terms (1931 to 1939). He spent a lot of boyhood time around the governor's mansion as well as summers in Sunapee, NH where the Cross family vacationed for several generations. Cross graduated from Kent School in 1937, and Yale University in 1941 and then volunteered with the U. S. Army for two tours in World War II. Cross participated in two major campaigns at isolated bases in the Pacific over 38 continuous months and was awarded two battle stars for action in enemy held territory. He completed his service as Captain in the 581st Signal Aircraft Warning Battalion in 1946. Cross worked in advertising at Benton and Bowles in New York City and then as an Editor at Time/Life Publishing. He was a member of the Authors Guild and Time/Life Alumni Society. He published over 50 books, including fiction and non-fiction, as well as hundreds of articles for major magazines. His last book, published when he was age 89 years old, was "Gullah Culture in America", the story of a remarkable native population in the Sea Islands of the South and its roots in West Africa. At that time, he also co-wrote - with former Penn Center Director, Dr. Emory Campbell - "Penn Center: A History Preserved" about the first school for liberated slaves after the Civil War. Cross's other noted books include: "Zeppelins of World War 1"; "Naval Battles and Heroes"; "Presidential Courage"; and "Ghost Ship of the Pole", re-released as "Disaster at the Pole", the story of the Italian airship Italia, which crashed at North Pole in 1928, resulting in an international rescue effort. Cross survived his wife of 58 years, Esther (Sunny) Wilkinson Cross, whom he married in 1953 in Bronxville NY. He is survived by four daughters, Candance Crawford Smith of Mt. Dora, FL; Melissa Cross of Nashville, TN; Jennifer Cross of Atlanta, GA; Alison Cross Blatz of Wellesley, MA; and grandchildren Corey Smith of Mt. Dora, FL, Heather Smith of Boston, MA, Haley Blatz of Wellesley, MA, and Rachel Blatz of Wellesley, MA. In lieu of flowers, the family is suggesting donations in his name to the Lake Sunapee Protective Association (http://www.lakesunapee.org/donation) or the ASPCA American Society for the Prevention of Cruelty of Animals (https://www.aspca.org). islandfuneralhome.com
To plant trees in memory, please visit our Sympathy Store.
Published by The Island Packet on Mar. 20, 2019.
MEMORIAL EVENTS
No memorial events are currently scheduled.
To offer your sympathy during this difficult time, you can now have memorial trees planted in a National Forest in memory of your loved one.
Funeral services provided by:
The Island Funeral Home & Crematory
MEMORIES & CONDOLENCES
3 Entries
I learned about Sunny and Wilbur from my mom Mildred McDowell Hunter. She worked for the Crosses in the early 60s when she first relocated to New York from North Carolina. I find it fascinating listening to her stories. I grew up with Sunny's paintings in my bedroom. I showed my mom Wilbur's birthday article since she now resides in Alabama. I am saddened that I could not connect the two before he departed. My mom has fund memories in Bronxville and she is saddened. Our deepest condolences to his family.
Debra Hunter
Friend
November 26, 2019
I had the pleasure of working with Wilbur on editing/proofing some of his books. He was a joy to work with and I enjoyed learning from him as well as helping him.
Jolyn Bowler
March 21, 2019
My deepest condolences to the family. It's very hard to lose a love one, however may God give you peace, hope and comfort during this most difficult time. Romans 15:13
March 20, 2019