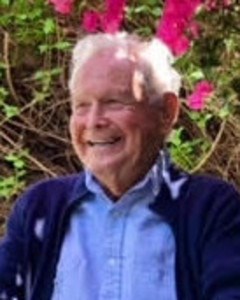 BORN
1925
DIED
2021
FUNERAL HOME
Green Acres Memorial Park & Mortuary
11715 Cedar Ave
Bloomington, CA
July 27, 1925 - August 4, 2021 Javier was born in Los Angeles, California to Refugio and Esther Alatorre-Marquez on July 27, 1925 and passed peacefully at age 96 surrounded by family at home. He was raised in Colton, California and lived there until he entered the army for World War II. He served in the Pacific Theater, fighting in the battles of Leyte and "Villa Verde Trail" in Luzon with the Philippine Liberation Army, against the Japanese Occupation Forces. Once Japan surrendered, he was sent to Japan to be part of the Allied Reconstruction. He was awarded the Philippine Liberation Medal, W/2 Bronze Stars, and Asiatic-Pacific Medal. Upon his return, Javier married Amelia Ortiz, and they were blessed with three daughters: Linda, Patricia, and Esther. He was a loving and caring father. He was always interested in their lives and proud of all their achievements. He was versed in all of their interests and shared his knowledge with them of the many languages he spoke. He loved to travel. Many years later, he returned to Japan several times to see the redevelopment. He also traveled with his wife to Mexico, New Zealand, Europe, Hawaii, Canada, and the United States. In every place he went, he learned the languages and retained a good command of them his entire life. He also had a love for history, genealogy, gardening, and in fixing all things. He worked for the U.S. Postal Service for over thirty years in numerous roles and ultimately retired as Acting Postmaster in Fontana, California. He was predeceased by his wife of 71 years, Amelia Ortiz Marquez. He is survived by his daughters, Linda Marquez, Patricia Marquez, Esther Marquez-Day (Murray), his six grandchildren, Andrian Chavez (Tricia), Carlos Chavez, Celina Lopez-Lazore, Sophia Lopez, Mallory Day, and Sinead Marin, and his four great grandchildren Alexander, Sofia, Oliver, and Camryn. He is also survived by his sisters Mary Garcia, Eugenia Gonzalez, and Evangelina Jimenez, including numerous cousins, nieces, nephews, and many friends. Without a doubt, he loved his family and friends. Viewing will be held on Monday, August 30 at Green Acres Memorial Park & Mortuary, 11715 Cedar Ave., Bloomington, CA 92316 at 9:00 am, a Rosary will be held at Blessed John XXIII Catholic Church at 10:30 am, followed by a Funeral Mass Service and a Committal Service at Riverside National Cemetery at 1:30 pm.