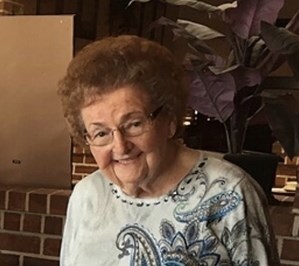 BORN
1927
DIED
2021
November 30, 1927 - July 28, 2021 Mrs. Nellie Zeilstra; Mom, Grandma, Grandma Nik, Auntie Nellie, passed away peacefully at the age of 93 years on Wednesday morning, July 28, 2021. Nellie was born in Hynes/Clearwater (Paramount) California on November 30, 1927, to George and Gelske Tadema. She attended local schools and Compton Junior College. She met and married Arnold Zeilstra in 1949 and a couple years later they started their life in the dairy business. They settled in the Chino Valley in 1976 where Nellie continued as a homemaker and Arnold lost his battle with cancer in 1981. Nellie was very active in many organizations. She enjoyed her lady's aide meetings, PTA at Carmenita school, was a girls' club leader at church, her Bingo and Bunco groups of ladies who met for many, many years, Dairy Belles, Bible study group and lately her Wednesday breakfast 'exercise' group. Nellie remained in her home until last year, thanks to Freida Weststyn and Star, who were true blessings to our family. She then moved into Pacifica Senior Living where she met many new friends and people who were so good to her there. As hard as it was to not be able to visit like we were used to, we had ease knowing she was taken care of during a difficult time for everyone. The phone calls that were had over the last 17 months are some of the stories we will remember forever and chuckle about for years to come. Nellie is survived by one son and three daughters, Dennis Zeilstra (Susanne) of Covina, CA, Glenda Vander Maarl of Tulare, CA, Terri Huizenga (Ted) of Dimmitt, TX, and Sherri Kamper (Larry) of Dexter, NM. She was a loving grandmother to SIXTY grandchildren and great grandchildren, who can tell stories and share priceless memories about their beloved Grandma Nik. She also leaves many other family members, in-laws in Holland and dear friends who she enjoyed so very much. Nellie was preceded in death by her husband Arnold, sister Grace Vander Feer, brother Charlie Tadema, and son-in-law Tom Vander Maarl. A service will be held on Saturday, September 4, 2021, 11:00 a.m. at Living Waters Church of Chino, 6010 Walnut Avenue, Chino CA 91710. She has been laid to rest next to her husband at Forest Lawn in Covina. Donations in lieu of flowers can be made to Living Waters Church in Chino, California, where she enjoyed attending with Freida and Star the last several years. She was one in a million and will be missed by many!