Patricia Ann Cook
January 26, 1957 - May 28, 2021 Patty was unexpectedly called home to the Lord on May 28, 2021 following a brief illness and hospitalization at St. Joseph Hospital in Tacoma, Washington. Praise God for alleviating her physical suffering and taking her home to his Kingdom! Patty was born at Saint Bernardine Hospital in San Bernardino, the oldest of five children to Nancy Bessant Cook and Harry Cook. Patty was a Pacific High School Pirate and graduated with honors in 1975. Patty worked in retail fashion before becoming a dispatcher and administrative professional at Jimco Construction where she was known and loved for her high energy antics for nearly 25 years. Patty was rarely seen without her favorite cigarettes, Virginia Slims, and she often had a Diet Coke in hand, although in colder climates she preferred a large cup of McDonald's Dark Roast Coffee. She loved loud music and would crank it up until the speakers blew! Patty had no problem busting a move to a favorite groove no matter the time or the place! In 1987 Patty married Danny Ogston in Las Vegas and together they shared in raising Danny's daughter Dawn Marie (Jason) Rowe. Upon their divorce, Patty moved to Riverside before leaving California for the Pacific Northwest in 2008, where she claimed to have found the famed Fountain of Youth since the lack of sunshine seemed to slow her aging! In 2013, Patty went on to spend a few years living in Montana where she and her partner Milferd "Barney" Heath split their time on Washington's Olympic Peninsula and in Montana's Bitterroot Valley. Patty enjoyed gambling at the Hayloft in Lolo and Emerald Queen in Fife, camping, playing scrabble and cards with her sister, and cruising around in her VW Beetle. Patty was an avid animal lover. Patty had two dogs, Trigger and Daisy May, as well as two goats, Mimi and Tinkerbell, all of whom preceded her in death and met her at the "Rainbow Bridge" to Heaven. Patty is survived by her mother, Nancy Cook of San Bernardino, her life partner Milferd "Barney" Heath and their cat Fluffy of Washington, her sister Janice of Washington, and her brother William (Liz) of Montana; nieces Megan and Kelly and nephew Brandon of Montana, nieces Amy, Sara, and Christina; great nieces Alexis and Alyssa and great nephew James, all of California; aunt Yvonne (Jack) Ayers of San Bernardino held a very special place in Patty's heart as did her cousins. Patty was preceded in death by her brothers Mark Cook (1977) and Harry Cook Jr. (2013), and their father Harry Cook (1981) but they're reunited now. Please join her wacky family in celebrating Patty's life on Saturday, August 28, 2021 at 11:00am in the Parish Hall of St. John's Episcopal Church located at 1407 Arrowhead Avenue in San Bernardino for shenanigans and hijinks.

Published by Daily Bulletin on Aug. 22, 2021.
To plant trees in memory, please visit the Sympathy Store.
MEMORIAL EVENTS
To offer your sympathy during this difficult time, you can now have memorial trees planted in a National Forest in memory of your loved one.
MAKE A DONATION
MEMORIES & CONDOLENCES
Sponsored by Inland Valley Daily Bulletin.
2 Entries
Our prayers are with you Jan, be strong knowing she is now OK and will be forever happy
Denny F. Whiing & Sue Whiting
August 25, 2021 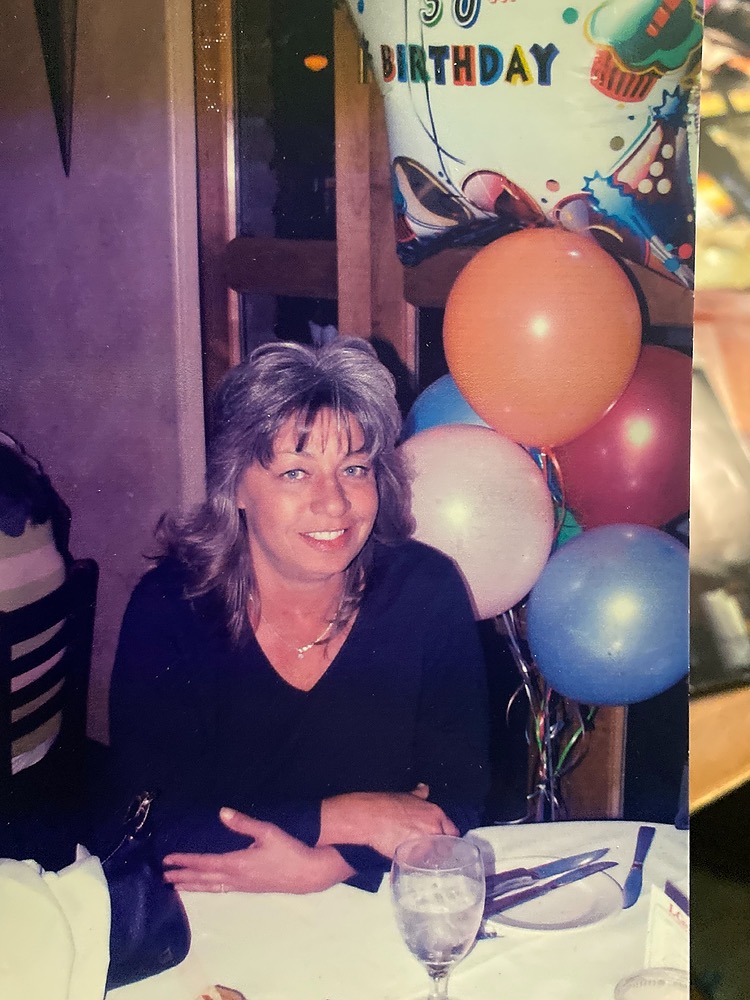 Missing you every day Aunty! You always brought a smile and knew just the things to say to make us laugh. Love you and miss you.
Sara
August 22, 2021
Showing 1 - 2 of 2 results