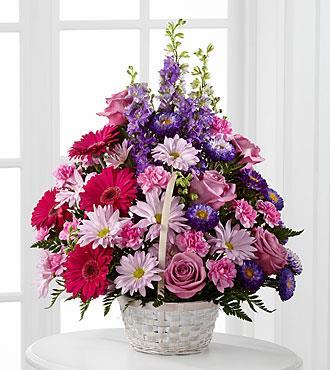 Farris Dwinell
January 24, 2020
I have known Barbara ever since she married George. I have seen her magnetic personality
throughout many years. It has always been a
positive one. To Quote George: "She never met
a stranger." She had a great smile that radiated
to everyone around her. I would call her "Super Woman" because she spent many years with the
"Hendrix Clan". Needless to say, we all loved her
dearly. I had the privilege to talk to her on the phone two weeks before her passing. I'll never forget that very upbeat conversation which
lasted about a half hour.
Farris Dwinell
January 24, 2020
Please accept our deepest sympathy in the loss of Barbara. She was a kind and loving person. I remember her beautiful smile. She let us stay in Alpine (gave up her bedroom) so we could stay. We Love George and Barbara, Donna, Robert and Lawrence so much. Remember the good times. God surround you all in his comfort, peace and mercy. God bless you, Love, Debbie and Tom Yauch
Debbie Yauch
January 23, 2020
In loving memory of a wonderful person. We will love you and miss you always.
Barbara Moats
Family
January 21, 2020
Extending our deepest sympathy to the family during this time. Our prayers and blessings are with you. My family and I will miss her greatly. She was always a kind and loving person to us.
Barbara Moats
January 21, 2020
Wayne and I send our heartfelt condolences to the family of George and Barbara Hendrix,. We will miss the great lady that Barbara was in our lives.
Janice and Wayne Gordon
January 21, 2020
My condolences to George and family. Prayers for comfort and peace.
Paulette Vaughn Wolff
January 21, 2020
Our Condolences to the whole family. Many prayers to you all. Love Dennis and Sherie Layton, ( Chads in-laws)
Dennis and Sherie Layton
January 20, 2020
May God continue to comfort you and your family Donna.
Marcie Barker
January 20, 2020
Showing 1 - 9 of 9 results