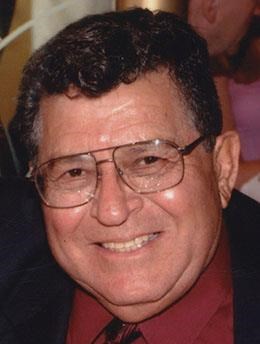 BORN
1932
DIED
2021
Edmund Galindo, 88, of El Centro passed away on May 15, 2021. Eddie was born on September 27, 1932 in Imperial and lived in the Valley most of his life, raised on a dairy farm and attended Imperial schools. He was a military vet joining the Army in 1955 and trained as a medic and health inspector. After the Army, he moved back to the Imperial Valley and worked at the Bracero Center. Afterwards, he worked as an X-ray technician at the Port of Entry in Arizona. Three years later, he relocated to New York as a quarantine inspector. Wanting to move back to the Imperial Valley, he transferred to El Centro and worked as an immigration inspector for the Port of Entry. He retired in March 1995 and began travelling the world visiting Hawaii, Mexico and Europe. He loved family gatherings and playing games. He was a kind and gentle soul who loved to laugh, saw the good in everyone and was a pillar of strength to his family. He is missed everyday. He was preceded in death by his first wife, Dolores; his parents, Jose and Josefina; brothers, Barry and Tony; sisters, Carlota and Mary Carmen; son-in-law, David Brown and grandson, Sebastien. He is survived by his his wife of 47 years, Luz D. Galindo; his five children, Annette Brown, Monica (Mike) Cavanah, Mark (Ofelia) Galindo, Rene (Eddie) Tsiao and Eddie (Candy) Galindo. He's also survived by his 9 grandchildren, Armando, Marc, Hailey, Diego, Ryan, Nina, Lannie, Sarah, and Brooklynn and great- granddaughter, Olivia. Mass will be held on Friday, June 25, 2021 with Rosary being said at 9 a.m. and service to follow at 9:30 a.m. at St. Mary's Church in El Centro and will be officiated by Father Mark Edney.
Published by Imperial Valley Press Online on Jun. 13, 2021.
To plant trees in memory, please visit the Sympathy Store.
MEMORIAL EVENTS
Jun
25
Rosary
9:00a.m.
St. Mary's Church
El Centro, CA
Jun
25
Funeral Mass
9:30a.m.
St. Mary's Church
El Centro, CA
MAKE A DONATION
MEMORIES & CONDOLENCES
7 Entries
I worked with Eddie AKA fast Eddie. But Eddie was anything but fast. He was calm and collected . When he was the shift supervisor you knew that everything was going to be OK. I enjoyed working with Eddie for eight years and will miss him and his quite humor. Rest easy old friend.
Robert Barranco
Coworker
June 22, 2021
I worked with Eddie for many years. He was an Immigration Inspector and I a Customs Inspector. I truly enjoyed working with him. He loved to hear jokes. His laughter was so good to hear. I made it a point to have a couple of jokes beforehand the start if our shifts so I could be ready when he said “Got any new jokes Charlie?” He was truly a wonderful and sincere person. My condolences to his family.
Charlie
Friend
June 19, 2021
Eddie was a regular at our aqua aerobics class. We were a small group of friends who enjoyed exercising in the pool and Eddie was a big part. He was a kind and gentle man with a sense of humor. We shared a lot of stories and lots of laughs through the years. He will certainly be missed. My sincere condolences to Eddie's family.
Lequita Burch
June 19, 2021
Mr. Galindo, Ed, made civic responsibility part of his life. I was privileged to work with him when he served for many years as a an election poll worker. He would work at the polls and then serve auditing the election results as a Canvass board member. May he rest in peace in the arms of
the Lord. may God bless his family in this time of loss.
Dolores Provencio
Retired County Clerk Recorder Registrar of Voters
Imperial County
June 18, 2021
My deepest sympathy to Mr. Galindo’s family; So many great memories of working with you and all the staff at the Calexico Port of Entry. May God give you peace
Mary Esther Martinez
Coworker
June 16, 2021
Rest in Peace Eddie..
Condolences to family
Irma Zazueta
Coworker
June 16, 2021
My deepest and most sincere condolences for the Galindo family.
Edmund Galindo was a heck of a human being. As a matter of fact, Mr. Galindo was one of three who sat on my hiring interview panel back in 1988. He was the first person who shook my hand during that interview process.
Mr. Galindo was my first Supervisor at the Calexico Port Of Entry. He was a mentor and a good friend. Definitely a beautiful person all around. He was honorable in his tour of duty treating everyone with the utmost respect. He was loved by everyone working at the POE.
I cannot say enough about Mr. Galindo’s great character and personality. All I know is that he was always there for me during our time working together. A true gentleman all around. May he Rest In Peace by the side of our Lord Jesus Christ.