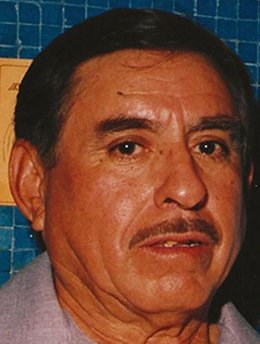 Jaime Garibay Castellon, 90, of El Centro passed away of natural causes in the presence of his dedicated children.

He was born in Zamora, Michoacan Mexico to the late Josefina Castellon Garibay and Manuel Garibay.

Jaime married Celia Aguiniga in 1955 and had just celebrated their 66-yr. anniversary in 2021. Soon after their marriage, Jaime came to the U.S. and started working as a tractor driver for Bruce Church Ranches for several years until the company left the Valley. Jaime finished his career with Cox Farms until his retirement in 2003.

In retirement, Jaime often traveled back to his birthplace to spend time with relatives. At home, Jaime enjoyed swimming, dancing, walking, listening to his favorite music, and watching soccer on TV, especially when his favorite team, Las Chivas de Guadalajara, were playing.

Mass will be held on Saturday, October 16, 2021 at 8:30 a.m. at Our Lady of Guadalupe Catholic Church in El Centro, CA. Burial will follow at Evergreen Cemetery, El Centro.
Published by Imperial Valley Press Online on Oct. 13, 2021.
To plant trees in memory, please visit the Sympathy Store.
MEMORIAL EVENTS
Oct
16
Service
8:30a.m.
Our Lady of Guadalupe Catholic Church
El Centro, CA
MAKE A DONATION
MEMORIES & CONDOLENCES
0 Entries
Be the first to post a memory or condolences.