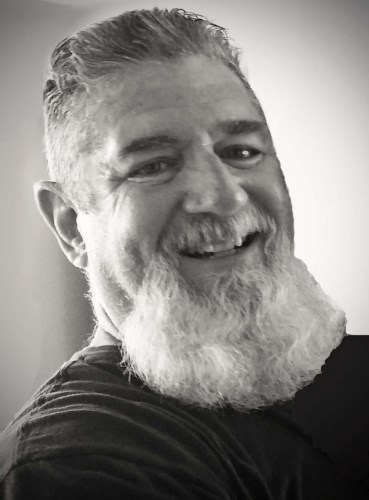 Kirk, as he was known to his friends and family, graduated from Los Banos High School and honorably served in the US Army. After his service in the US Army, he worked and lived in California's Central Valley and was most recently employed with Bloom Energy, working with green energy systems. He was a member of the American Legion Rider's Club that rallied in honor of local veterans and he was an active member of Yosemite Church in Merced.

Kirk was the happiest when he was working, riding his motorcycle, worshiping at church, barbequing in his beautiful back yard and spending time with his wife and family. Kirk's larger than life personality, bright smile, loud laugh and big heart will be missed by all who know and love him.