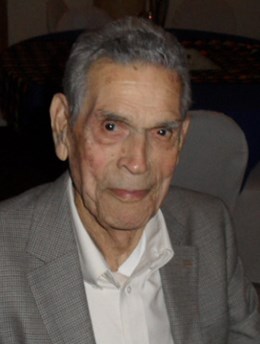 On Saturday, April 26th as the new day's dawn broke, Jose Ricardo Ayala awoke as he always did giving thanks for another day. Though his body was frail and tired, his spirit was full of grateful appreciation to be able to draw another determined breath every second he was graced on earth. He lived on his terms and was happy to leave when the Lord called him into His eternal care. Ricardo passed away peacefully during his afternoon nap to join his beloved "India" Maria Guadalupe Ramirez de Ayala.
There was never a dull moment with him, traveling, exploring and daring his children to always try new things. He enjoyed capturing moments in pictures and became the families most sneaky photo bomber of all. Tata Ricardo had nicknames for all of his children, grandchildren and at times even their friends. He always imparted sayings that were at times insightful for the instant or could bring a chuckle to a moment of extreme seriousness. Up until the end his positive outlook and sense of humor remained with him – his memories shared, funnies made and his love abounding.
Jose Ricardo attended school at Primaria Federal Leona Vitario in Mexicali, BC as well as the Colegio Militar de Mexico where he dreamed to one day be a Captain or Pilot – he confessed that many years later he flew crop dusters over the beautiful desert of the Imperial Valley. He loved agriculture and farmed and harvested most of his life – growing cotton, rye grass, alfalfa, wheat and green onions at his property at the Kilometro 57 in Mexicali. He served as General Director for Juntas de Mejoramiento Civico y Moral for the state of Baja California, Mexico from 1982-1988.
Though many of his proudest moments involved those spent with his family, he was always happy to share moments with accompanying pictures to highlight these magnificent and momentous occasions. Among them a meeting he attended with United States President Ronald Reagan and Mexico President Miguel de la Madrid in 1986. He could never state this without also telling of the time he was proud to have become a naturalized citizen in 1994. He was also a member of the Benevolent and Protective Order of the Elks of the United State of America (Elks Lodge) and though he was not an active member in his later years he was always happy to show his support and affiliation with his membership's subscription.
He was preceded in death by his beloved wife, Maria Guadalupe Ramirez de Ayala; grandchildren Marcelo Romero, Mariela Ayala and Romina Cabrera; sons-in-law Jose Luis Nieblas, Jorge Sierra, Marcelo Romero, Sr. and Mike Platero, Sr.; and first wife Leonor Rosas de Ayala.
Ricardo is survived by his children from his first marriage: son Ricardo (Ana) – and their children: Ricardo, Raul and Viridiana; daughter Alicia Reynosa (Antonio) – and their children: Adrian, Alicia Maria, and Antonio; son Hector (Yolanda) – and his children: Hector, Victor Hugo, Aida, Martha; daughter Irma Ruiz (Luis) – and her daughter Irma Prado; daughter Yolanda Nieblas – and her children: Luis, Claudia and Ricardo; daughter Imelda Cervantes (Roman) – and her children Yvette and Alfredo; son Arturo (Maria). In addition, Ricardo is survived by his children from his second marriage: son Vicente (June) – and their children Vince, Esteban and Alberto; daughter Norma Ayala vda de Sierra – and her daughters Alexis Natalie, Maria Gpe, Sylvia Michelle and Karina Marlene. Ricardo is also survived by the Preciado girls that he helped raise with his second wife Maria Guadalupe: Maria Preciado – and her daughters Ana Lilia Romero and Nancy Preciado; daughter Graciela Marshall – and children Kenneth and Kennessa; Gloria (Earl) Cross – and their children Christina, Rachel and Sylvia; and Sylvia Preciado-Platero and her children Mike Jr., Natalia and Marcos Platero; cousin, Fernando Caloca; many lifelong friends, associates and Godchildren who he and his wife Maria Guadalupe witnessed their Holy Sacraments throughout their lives together. In all Ricardo loved 13 children, 36 grandchildren, 41 great-grandchildren and 2 great-great-grandchil- dren. He always said he had all the United Nations and gathered faiths in his family, and like all good leaders, loved us just the same.
A Memorial Mass officiated by Father Ed Horning will be held in Jose Ricardo's honor on Friday, May 9, 2014 at 7 p.m. at Saint Mary's Catholic Church located at 795 S. La Brucherie Road in El Centro.
Private disposition arrangements were made by Frye Chapel and Mortuary. Ricardo will now rest beside his beloved wife Maria Guadalupe Ramirez de Ayala.
We will forever adore and remember you – we will stand taller and stronger, knowing you are now watching over us – always believing.
The family suggests memorials to the Betty Jo McNeece Receiving Home located at 315 W. McCabe Road in El Centro, CA.

Published by Imperial Valley Press Online from May 4 to May 7, 2014.
To plant trees in memory, please visit the Sympathy Store.
MEMORIAL EVENTS
To offer your sympathy during this difficult time, you can now have memorial trees planted in a National Forest in memory of your loved one.
Funeral services provided by:
Frye Chapel and Mortuary - El Centro - El Centro
MAKE A DONATION
MEMORIES & CONDOLENCES
12 Entries
I now know, feel, touch and love the very saying you shared - “Me siento Como un millonario!” is indeed a beautiful truth when I gather with my loves. Keep our skies sunny daddy.
Sylvia Preciado-Platero
Daughter
April 28, 2021
You are missed
You are loved
You will forever be remembered
Sylvia Preciado- Platero and Children
May 26, 2014
Tata te amamos, y se que cuidaras de todos nosotros por siempre! Gracias Dios por darnos la dicha de haber tenido a mi tata en esta tierra <3
Alexis Ayala
May 8, 2014 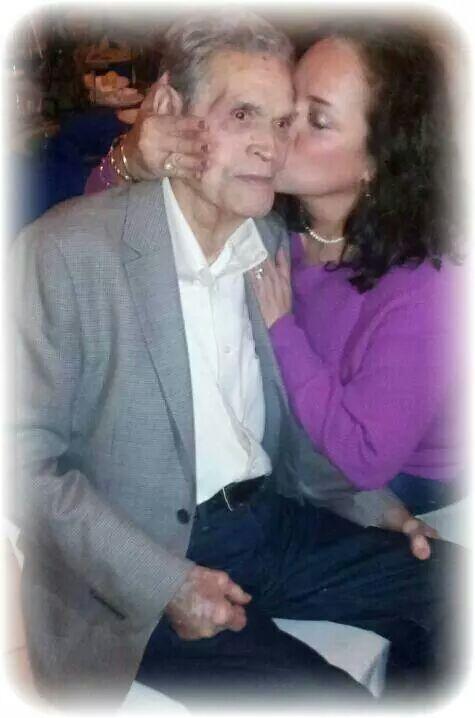 Sylvia Preciado-Platero
May 7, 2014
God saw you getting tired and a cure was not to be. So He put His arms around you and whispered "Come to Me." With tearful eyes we watched you, and saw you pass away. Although we loved you dearly, we could not make you stay. A golden heart stopped beating, hardworking hands at rest. God broke our hearts to prove to us, He only takes the best. - Author Unknown

Mr. Ayala brought you guys so many happy moments in your life's and left you with a treasure of memories. You will never be able to forget him. May the comfort of God help you during this difficult time. We are praying for you all in this difficult time. May his soul rest in peace.
Liz Montes & Family
May 6, 2014
I love you and will forever miss you apa. Thank you for stepping up and showing me what it means to be a man for my nana and loving so many children as your own. Te amo mucho. Until I see you with Christ.
Kenneth Marshall
May 5, 2014
My sincere condolences.I will try to be their at the mass.

Like Joseph – Husband of Mary; Stepfather of Christ ... you lived, loved, protected and provided for us to the very end.

As you join our dear mother I know that love is indeed patient. She along with our Father God has received you with tears of happiness and gratitude for the great care you gave to us all the years after her passing.

Thank you for the beautiful last lesson, to remain bravely composed and hold onto every bit of "power" if even at a moment we see as if we're losing ... In the end our battle is a beautiful and gracious one.

You were the best dad, gramps/tata I could have ever wanted and wished for my children and I ... I love you daddy ?
Sylvia Preciado- Platero and Children
May 4, 2014
Showing 1 - 12 of 12 results