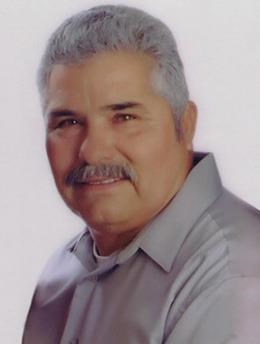 BORN
1957
DIED
2021
FUNERAL HOME
Frye Chapel & Mortuary of Imperial Valley - Brawley
799 Brawley Ave
Brawley, CA 92227
Jose Lerma "Pepe", 63, passed away peacefully on January 26, 2021 at Pioneers Memorial Hospital. Jose was born to Adolfo Lerma and Romalda Garcia on March 14, 1957 in Mexicali. He was raised by Luciano and Romalda Garcia, growing into the strong man he was mostly recognized as by others. Jose attended Brawley Union High School; the place where he met his high school sweetheart and wife, Yolanda Lerma and they married on January 27, 1979, they would have celebrated their 42nd anniversary this year. The two started their life together, having three children Veronica, Jose Luis, and Eric Lerma; a family that would eventually grow even further to 13 grandchildren whom loved him dearly. Jose worked at Trinity Harvest Farms since 1978, being the hard working and loyal person that he was; he worked for the company for 41 years up to his retirement in 2019. Jose enjoyed spending a lot of his leisurely time with his grandchildren, often taking them out to eat or to the store just to browse around with them. He was known for his humor, often making funny remarks to make the kids laugh during family photos and doing funny visual gags as well. He was also quite well known for his hard work around the house, constantly thinking of what kind of projects he wanted to work on such as planters around the backyard or patio additions to make visiting their home such a unique experience. He was quite passionate about birds as well, having a pet parrot, Chukis who he loved very much in his recent years. He was preceded in death by his mother, Romalda Garcia. He is survived by his wife, Yolanda Lerma; daughter, Veronica (Alfredo) Spence; sons, Jose (Dionny) Lerma and Eric (Itza) Lerma; grandchildren, Marisol, Maribel, Dominic, Jeremy, Alyssa, Madison, Aryanna, Jacob, Leah, Alfie, Juliana, Liana, and Eric Jr.; brothers,and sisters as well as numerous aunts, uncles, nieces nephews, and friends who loved him dearly and will greatly miss him. Family and friends are invited to attend his funeral service on March 11, 2021 at Frye Chapel, 799 S Brawley Ave. in Brawley, CA 92227 from 6 to 9 p.m. and the burial will take place the following day on March 12, 2021 at 9 a.m. at Riverview Cemetery, 4700 Hovley Road Brawley, CA 92227.
To plant trees in memory, please visit our Sympathy Store.
Published by Imperial Valley Press Online on Mar. 7, 2021.
MEMORIAL EVENTS
Mar
11
Funeral service
6:00p.m. - 9:00p.m.
Frye Chapel & Mortuary of Imperial Valley - Brawley
799 Brawley Ave, Brawley, CA 92227
Mar
12
Burial
9:00a.m.
Riverview Cemetery
4700 Hovley Road, Brawley, California
Funeral services provided by:
Frye Chapel & Mortuary of Imperial Valley - Brawley
MEMORIES & CONDOLENCES
Sponsored by Frye Chapel & Mortuary of Imperial Valley - Brawley.
7 Entries
My Tio Joe was an amazing uncle. Thankful to God for blessing us with you. Niña Yoli and cousins, keeping you all in thought and prayers and may you always feel God's ever loving presence. May God give you peace and comfort during this difficult time.
Rest in peace Tio and eternal rest grant unto you.
Monica
Family
March 11, 2021
Dear Lerma Family,
Jose was truly a family member of ours. I learned a lot about work and life from him. He was truly proud of his family and I’m going to miss him. God bless your family through this difficult time.
Brian & Lauren Taylor
Family
March 9, 2021
You will be missed dearly Uncle Joe. Forever in our hearts. Tia Yoli, Vero, Eric and Jose and grandkids, our deepest condolences to you all.
Maria & Michael Garcia
Family
March 9, 2021
YOLI MY CONDOLENCE FOR PASSING OF JOSE,GREAT ,YOU GUYS MADE A BEAUTIFUL COUPLE I NEVER FORGOT YOU GUYS ,IAM SO SORRY FOR YOUR LOSS AN MAY GOD GIVE YOU STENGTH IN THE COMPANY OF FAMILY.
GUADALUPE MOLINA & FAMILY
Classmate
March 7, 2021
To Yoli and family,
Our most heart felt condolences go out to you all during this difficult time. This is absolutely a shock for me. Pepe was an amazing human being.... There is no other like him. As a long time family friend, I was fortunate to have met such an individual as unique as Pepe. I'm so truly sorry for your loss.
María Carmen León Moreno & Family
Friend
March 7, 2021
May God bless you and your family in this time of sorrow.
julian molina
Classmate
March 7, 2021
Compadre que Dios me lo tenga en su Gloria..me duele mucho ver que aiga partido tan joven compadre...noce que decir compadre estoy muy triste por su partida ..yo estoy en texas desde October 2020 aciendo un trabajo ..y cada vez que me meto a ver las noticias de Brawley me encuentro con noticias que no kiero leer..Comadre lo ciento mucho por la partida de mi compadre mi corazon esta con usted comadre ..deveras me duele mucho comadre saver ke mi compadre se nos Adelanto....Dios le de fuerza y paz en su corazon comadre a usted a sus hijios ..Dios los cuide y los proteja siempre..su compadre ..RAUL C. VALADEZ..
Raul Valadez
Family
March 7, 2021