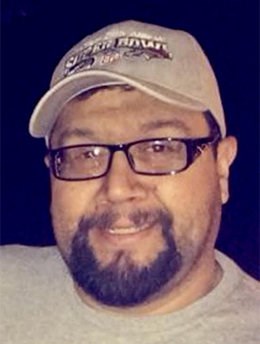 On Saturday, August 14th, Joey gained his angel wings in Imperial, CA at the family home. Family and friends have been shocked and saddened at the untimely death of such an amazing and charismatic man.

Anyone who knew Joey, knew he was all about family. He was blessed with his precious daughter Elena who was his pride and joy. Joey also had several chosen children that he claimed as his own. He had his practice run of being a parent to his beautiful and dynamic nieces, he truly was their biggest and best supporter. He enjoyed sharing his passion of motorcycle riding and loved working with bikes. He attended Imperial schools, graduating in 1989.

Joey was a cherished son and father, a beloved brother, uncle, nephew, and cousin, a wonderful friend, and a fun and friendly coworker.

Mass will commence at 10 a.m. at St. Anthony's Catholic Church in Imperial on Saturday, September 25.

He was preceded in death by his grandparents Jose and Ramona Pitones, and Malaquias C and Florentine Vargas; uncles, Jesus Pitones, Victor Pitones, and Jesse Vargas; and aunt, Lupita Pitones.