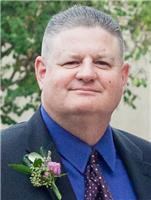 Born March 29, 1973 in Tyler, Texas, Rowdy Aaron Nixon was every bit as unique as his befitting first name - a name that even his own mother didn't plan on him having. A fan of the TV series Rawhide, Rowdy's dad surreptitiously provided hospital staff with his newborn son's name in tribute to Clint Eastwood's character, Rowdy Yates, without running it by Mom first.

Rowdy aspired to wear a cowboy hat when he grew up... or better yet, sooner. As a pre-teen, for instance, he begged unsuccessfully for his mom to sign a waiver so he could ride a bucking bronco at a local rodeo. As he progressed through his formative years, Rowdy's stunts were constantly reaching new heights, sometimes literally: climbing the Christmas tree at the bank, for instance, or landing tricks on a half-pipe in his El Centro backyard.

After graduating from Central Union High School, during which time he thrived in wood shop and worked part-time at Driscoll's Surf and Skate Shop, Rowdy traded in his cowboy hat for a Dixie Cup, the white cap worn by Sailors in the U.S. Navy. For the next four years, Rowdy would serve his country as a damage controlman on board the USS Kitty Hawk. Petty Officer Nixon completed his service honorably, earning several medals and commendations during multiple WESTPAC deployments.

The end of his military years did not mean he was done with public service: Rowdy exchanged his Dixie Cup for a fireman's helmet, spending the next two decades with the Federal Fire Department at Naval Air Facility El Centro. A certified EMT and firefighter, Rowdy also worked as a fire marshal safety inspector. His final headgear swap came when he picked up a hardhat earlier this year, earning certification as a heavy-equipment operator. Again serving his community, Rowdy used his newly earned credentials to help clear trees destroyed in wildfires.

Rowdy wore many hats in his 48 years, and held several important jobs. But by far, his favorite was being a dad. Tirelessly and wholly devoted to his son, Ryli-James Aaron Nixon, Rowdy volunteered as a football, baseball and BMX coach, not only to Ryli-James but also youth across the valley. He also enjoyed sharing his passions for old cars, skateboarding, surfing, golf and Johnny Cash with the many friends he made during his three decades living in El Centro.

He was preceded in death by his father, Johnnie Nixon.

A viewing will be held from 6 to 9 p.m. on Friday, October 29, at Frye Chapel & Mortuary in Brawley. A memorial mass will be held Saturday, October 30, at 8 a.m. at St. Mary Parish in El Centro.
Published by Imperial Valley Press Online from Oct. 24 to Oct. 27, 2021.
To plant trees in memory, please visit the Sympathy Store.
MEMORIAL EVENTS
Oct
29
Viewing
6:00p.m. - 9:00p.m.
Frye Chapel & Mortuary of Imperial Valley - Brawley
799 Brawley Ave, Brawley, CA
Oct
30
Memorial Mass
8:00a.m.
St. Mary Parish
El Centro, CA
Funeral services provided by:
Frye Chapel & Mortuary of Imperial Valley - Brawley
MAKE A DONATION
MEMORIES & CONDOLENCES
Sponsored by Frye Chapel & Mortuary of Imperial Valley - Brawley.
3 Entries
Sorry I can't be there in person. You are all in my thoughts and prayers. So good l got to see him on my last visit. Love to all of you.
Aunt Rita
October 29, 2021
Rest In Peace my friend
Ernest Paleo
October 28, 2021
Dear Jennifer and family. I´m so sorry to hear about Rowdy. What a shock. I remember when he was born! It sounds like he accomplished a lot in his 48years! May the love from family and friends comfort you through your sorrow. Your in my thoughts and prayers. All my love, Marsha Garzini
Marsha Garzini
Friend
October 25, 2021
Showing 1 - 3 of 3 results