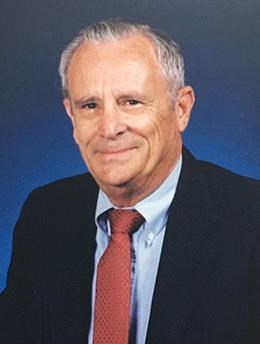 BORN
1931
DIED
2021
UPCOMING SERVICE
Celebration of Life
Sep, 3 2021
11:30a.m.
Stockmens Club
Send Flowers
Thomas Paul Gargiulo, fondly known as Tom, passed away peacefully on Saturday July 10, 2021, with his beloved daughters by his side. Tom was born in Brawley, CA on December 4, 1931 to the late Mary Louise Manniello and Albert S. Gargiulo. He was raised in Brawley along with his brothers Albert and Philip, and sister Mary Lou. His family was very close knit, and Tom had fond memories of traveling east by train each summer, to vacation with relatives on Long Island. He attended Brawley schools including Sacred Heart, Myron D. Witter and Brawley Union High School. While in high school, Tom participated in track and field, whereby he was given the nickname kid by his fellow teammates (because of his super speed) and given a red cape to wear at the track meets. After graduation from Brawley Union High School in 1950, Tom attended the University of Arizona to study agriculture. He served as the freshman class president and was a member of the Theta Chi fraternity. He enrolled in ROTC his senior year and after graduation in 1954, enlisted as a lieutenant in the United States Air Force. He was stationed in San Bernardino at Norton Air Force Base and Cambria Pines Air Force Station. During his service, Tom was promoted to captain and made some of his most cherished memories during those years. After his Air Force service, Tom returned to Brawley to work alongside his father in the familys farming operation, Gargiulo Farms. During this time, he also managed the kitchens and crews for the Farm Labor Association and started his own farming business as well. When his sister Mary Lou was attending Mary Mount college in Los Angeles, she introduced Tom to her roommate, Sally Albright. Tom and Sally hit it off and the two were married in Pasadena, CA on July 15, 1960, returning to Brawley to start a family. They soon welcomed three daughtersCindy, Julie and Amy. Sally and Tom had been married for eleven years when Sally became ill, passing away in 1971. Toms faith in God and love for his daughters gave him the strength to carry on, as he poured all his love and energy into being the best father and mother his girls could have ever asked for. When his father passed away (a month before Sallys passing), Tom assumed the position of President of Gargiulo Farms and continued his own farming business as well. For over 65 years, he worked tirelessly for his family, all the way up to his passing. His life was dedicated to his family and he always put others before himself. He had an inner strength and kindness that everyone felt and loved and he was the rock of the family. If you saw him out walking during his daily exercise sessions at the Cattle Call Arena, you were always greeted and encouraged to keep up the good work! Toms main passion in life was supporting his daughters and grandchildren in all their endeavors. He was loved by so many people and was affectionately called Grandpa Tom or Uncle Tom by many. He was an active member of the community, serving as Farm Credit Association Director and board member (26 years), Imperial Grain Growers Director and Vice-President, BUHS School Board President, Sacred Heart School Development Board President, Stockmens Club President and member, Sacred Heart Church parishioner, California Beet Growers Association, Navy League, Rotary Club, and he actively fought the 160 Acre Limitation in the 1970s. Tom was preceded in death by his wife, Sally Albright Gargiulo; parents, Mary Louise and Albert Gargiulo; brother, Albert Gargiulo; and sister, Mary Lou Kinder. He is survived by his daughters and their husbands, Cindy (Howard) Elmore, Julie (Ray) Babb, and Amy (Ray) Hannon; grandchildren, Sarah (Chad) Cashin, Kate (Caleb) McCutcheon; Alec Babb, Paige (Dillon) Faubion, Charlie Babb, Sally Hannon and Meghan Hannon; great-grandchildren, Grace McCutcheon and Jameson Cashin; brother, Philip Gargiulo; nieces and nephews, Kathy Kinder, Thomas Kinder, Joe Kinder, Ted Kinder, Barbara Kinder, Carla Gargiulo, and Tina (Mark) Cummings; sister-in-law, Sharon Gargiulo; cousins, Toni Whitney-Hicks and Kim Whitney. All are invited to share in a celebration of life for Tom at the Stockmens Club in Brawley on Friday, September 3 at 11:30 a.m. In lieu of flowers, the family asks for donations to be made in Toms memory to The Imperial Valley Community Foundation (www.ivcommunityfoundation.org).
To plant trees in memory, please visit our Sympathy Store.
Published by Imperial Valley Press Online from Jul. 21 to Jul. 28, 2021.
MEMORIAL EVENTS
Sep
3
Celebration of Life
11:30a.m.
Stockmens Club
, Brawley , CA
MAKE A DONATION
MEMORIES & CONDOLENCES
3 Entries
What a wonderful father. My thoughts are with the beautiful "Gargiulo Girls" with love. Memory is so interesting but I remember Mrs. Gargiulo (Sally) and Amy eating birthday cake at our Willard Street table like it happened yesterday. Love abides.
Kathleen Seabolt
Friend
July 23, 2021
My condolences on the passing of your father. I had the privilege of meeting him when my father Ygnacio Ramirez worked for him for many years. Your father once said that my dad was his best friend as they had been through a lot together. Tom was a kindred spirit and loved and admired by the Ramirez family.
Lily Ramirez Molina
Friend
July 21, 2021
My deepest sympathy and condolences go out to all that loved Tom for their huge loss.. Tom was one of the finest men I have ever known. I am very fortunate to have known him, done business with him and to be able to call him my friend. He is truly an Imperial Valley and farming community Icon and leaves behind a multi-faceted Legacy to be shared by family and friends for many years to come.
Tommy Mills
Friend
July 21, 2021
Showing 1 - 3 of 3 results