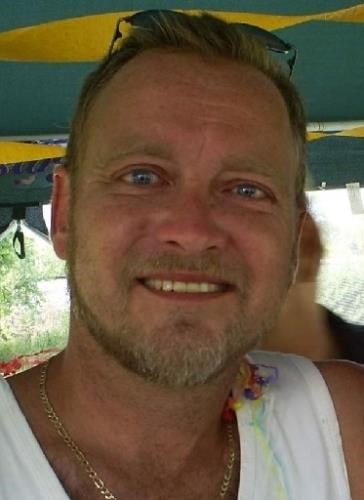 BORN
1963
DIED
2021
FUNERAL HOME
Arthur-Day Funeral Home LLC - Michigan Center
820 Fifth Street
Michigan Center, MI
Wells, Joseph Herbert Age 58, of Jackson, a longtime resident of Michigan Center, passed away at Henry Ford Allegiance Health on Saturday, November 27, 2021. Born in Jackson, he was the son of Arlen and Linda (Schwartzwalder) Wells. Joe was a 1981 graduate of Michigan Center High School and earned his Associates Degree as well. He worked at TAC Manufacturing and then at TRW until he had to take an early retirement. Joe had donated a kidney to a family member which was a success, but then issues of multiple sclerosis began which made him exit the workforce. Joe is survived by his beloved family, his wife of 36 years, the former Donita M. Williams; two children, Cierra (Donny) Beals and Joseph (Ashley) Wells; four grandchildren, DJ and Reiya Beals, Lillian and Tayia Wells; his mother, Linda Wells; mother-in-law, Janet Smith; three siblings, Wayne, Bryan (Cheryl) and Kathy Wells; bonus sister, Deb ("Bucket") Griffin; his best friend, Chuck Powell; nieces, nephews and the Williams family. He was preceded in death by his father, Arlen. Joe enjoyed camping, the outdoors, especially watching birds and wildlife and watching MSU Football. Cremation has taken place and no public services will be held at this time.

Published by Jackson Citizen Patriot from Dec. 9 to Dec. 19, 2021.
MEMORIAL EVENTS
To offer your sympathy during this difficult time, you can now have memorial trees planted in a National Forest in memory of your loved one.
Funeral services provided by:
Arthur-Day Funeral Home LLC - Michigan Center
MAKE A DONATION
MEMORIES & CONDOLENCES
Sponsored by The Family.
2 Entries
My sincere condolences to Joes family. I worked with Joe at City Bank and he was one of the best, always ready and willing to please everyone. It was my pleasure knowing Joe in his young years.
Jacque Friday Alldaffer
Work
December 14, 2021
I would babysit , Joe , Wayne , Bryan , Kathy , and play pool in the basement while drinking RC Colas and listening to Loretta Lynn on the 8 track tape player . Joe was the quiet one of the bunch . I hope you are doing well Linda , and RIP Joe
Greg Williams
Friend
December 9, 2021
Showing 1 - 2 of 2 results