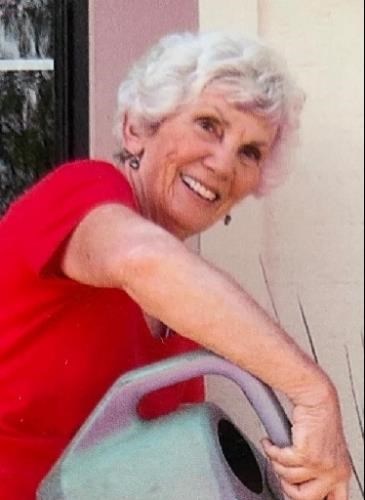 BORN
1935
DIED
2021
FUNERAL HOME
Desnoyer Funeral Home - Jackson
204 N. Blackstone
Jackson, MI
Albright (Costello) (Magley), Patricia Patricia Jean Costello Magley Albright was born March 11, 1935 in Patton, Pennsylvania. The daughter of Josephine and Ralph Costello, Pat became the first of her family to graduate college, obtaining her Bachelor of Nursing from Thomas Jefferson University in Philadelphia. She settled in Ebensburg, Pennsylvania with Dr. Robert C. Magley and had 4 children, Scott, Karen, Ellen, and Stephen. Pat embarked on a career in emergency medicine, first as an EMT and later as a paramedic running with the Ebensburg Area Ambulance Association. She served as the Pre-hospital Trauma Coordinator and Flight Nurse for Conemaugh Hospital in Johnstown for more than 20 years. Pat was instrumental in raising the quality of pre-hospital trauma care in Central Pennsylvania, serving on the statewide committee to set minimum standards for ambulance services and personnel. For much of her career, she traveled across the country to disaster locations, offering her expertise, skill, and compassion to those in greatest need. In 2013, Pat married her high school sweetheart, Bill Albright and moved to Jackson, Michigan. She grew to love everything about life in Michigan – beer from her hand-blown mug at Jackson's Poison Frog Brewery with her choir friends, cherries in Traverse City, Petoskey stones from Fishtown, and endless sunsets on Lake Leelanau. To Pat, a singer, instrumentalist, choir and bell choir director, music was a passion that flowed from her like breath. Music, she felt, connected us all. She infused classical music, from the radio and the baby grand piano in her home, into the lives of her children and grandchildren. A fierce love of family and desire to help those around her fueled Pat's life. She felt deeply the trauma suffered by friends and those she did not know. A constant, pressing responsibility to improve the world propelled her. She was a woman of faith who believed in using her life to glorify and improve God's creation. Pat baked pies and bread from recipes her grandmother and mother perfected on wood-burning stoves. She loved to garden and cook and prided herself on never entertaining with a dish previously made. Hers was a temple of love, compassion, and growth full of good food and stories and an ever-curious mind. She is preceded in death by her daughter Karen, her father Ralph, and her mother Josephine. Pat is survived by her three children Scott (Sandy), Ellen (David), and Stephen (Betsy), her husband Bill, her grandchildren Samuel (Rachel), Douglas (Summer), Jenelle (Adam), Mackenzie (Mario), Max, Micah, Marcus, Lyra, Benjamin, Jacob, David (Madeline), Daniel (Stacy), Nathan, Zoe, Aiden, and great-grandchildren Landon, Madison, Landon, Leann, and Nolan, and Bill's children Matthew (Julie) and Michael and grandchildren Andrew and Katie. Pat's family thanks her Allegiance health care team and the angels at Vista Grande Villa who diligently cared for her and grew to love her wit, humor and compassion. Memorial services will take place August 7 at 11 a.m. in Jackson, MI at First Presbyterian Church, 743 W. Michigan Avenue, Jackson, MI and on August 14 at 11 a.m. in Ebensburg, PA at Ebensburg Presbyterian Church. Luncheons will follow the celebrations of her life. The family is collecting memories of Pat's life at [email protected] Contributions in lieu of flowers may be made to www.pawswithacause.org.

Published by Jackson Citizen Patriot from Jul. 22 to Jul. 25, 2021.
To plant trees in memory, please visit the Sympathy Store.
MEMORIAL EVENTS
Aug
7
Memorial service
11:00a.m.
First Presbyterian Church
743 W. Michigan Avenue, Jackson, MI
Aug
14
Memorial service
11:00a.m.
Ebensburg Presbyterian Church
Ebensburg, PA
Funeral services provided by:
Desnoyer Funeral Home - Jackson
MAKE A DONATION
MEMORIES & CONDOLENCES
Sponsored by The Family.
4 Entries
We feel so fortunate to have known Pat! Singing alongside her in our church choir, I could always count on Pat to keep me on key. Her wit, charm, and sassy comebacks could fill a room with laughter! She was genuinely interested in everyone´s lives, and always wanted to know all about our grands as she proudly shared news and pictures of hers. What a joyous reunion there must have been, as she was greeted by her Karen and her Savior! Well done, good and faithful servant.
Doug and Karen Davey
Friend
July 27, 2021
My deepest sympathy to the family, Mrs Albright was one of my nursing instructors . She was a caring compassionate person and I am glad to be blessed to know her briefly in my life. She surely made impact in the time I knew her as my instructor. She was truly a genuine unique beautiful person. I´m sorry for your loss.
Penny Benstead
Other
July 25, 2021
pat was the most lovely woman...beautiful inside and out...the great picture with the beautifully written obituary reflect her so well...rip, dear friend and neighbor, you will be missed.
dee dee and michael marcellino
July 24, 2021
What a lovely sentiment. I did not know her but was touched and inspired reading about her life. God bless her family during this difficult time
Andrea
July 22, 2021
Showing 1 - 4 of 4 results