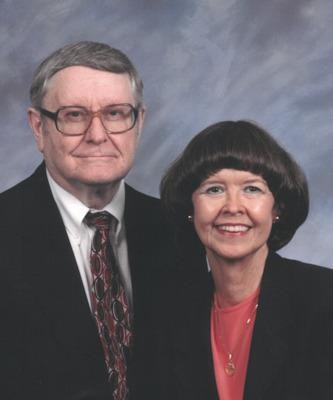 Anne was born on November 14, 1937 in Jackson, TN, the youngest of seven born to the late Ellis Russell Truett, Sr. and Mary Edna Benson Truett of the East Union Community. She graduated from Jackson High School in 1956. Following graduation, she attended Lambuth College and there she met the love of her life, Bill Ross, whom she married in 1957.

Anne worked for the Jackson Madison County School System in various positions throughout her 31 years with the system. Following her retirement she enjoyed volunteering for the American Cancer Society and Camp Blue Bird. Anne was active in various clubs including the Altrusa Club. She and Bill are members of All Saint's Anglican Church.

In addition to her parents, she was preceded in death by her siblings, Ellis Russell Truett, Jr., Beatrice Truett Glen, James Murray Truett, and George Wesley Truett.

She is survived by her loving husband of 64 years, Bill; her sister, Marie Truett Jones of Jackson; brother, Eddie Eugene Truett (Ann) of Germantown, TN; and many nieces and nephews.

Funeral services for Ann will be conducted on Wednesday, July 14, 2021 at 3 p.m. at the North Chapel of George A. Smith and Sons. The family will receive friends briefly following the service. A private comittal service will be held on Thursday at Ridgecrest Cemetery. Fr. Chuck Filiatreau of All Saints Anglican Church will officiate the services.