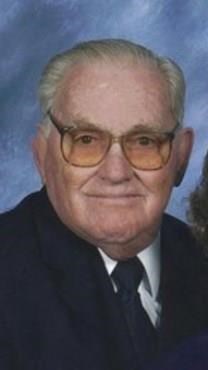 Mr. Nesbitt passed away on Monday, August 7, 2017 at the Tennessee State Veterans Home in Humboldt.

He was born on March 8, 1925 in Bemis, TN, the son of the late Cleveland Warner and Edna Cocks Nesbitt. He was a Meteorologist for the United States Air Force for 22 years. Red loved to play golf, frequently playing at Woodland Hills Country Club and Jackson Country Club. He was also an active member of First Baptist Church Bemis.

In addition to his parents, he was preceded in death by his wife, Eva Mae "Tillie" Nesbitt; one brother and two sisters.

The family will receive friends from 5-7 p.m. at the South Chapel of George A. Smith and Sons on Wednesday, August 9, 2017.