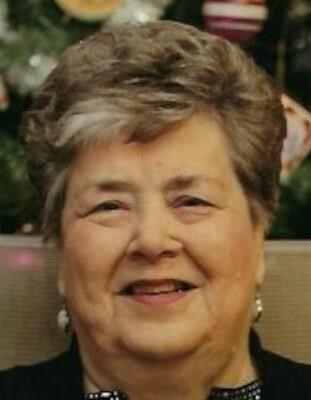 Williamsport, IN - Janet F. (Willett) Hensley, age 78 of Williamsport, went to be with the Lord after a brief illness on Friday, May 14, 2021 at Franciscan Health Lafayette East.

Janet was born in Danville, IL on July 21, 1942. She was the daughter of Hubert and Eulala Fay (Clark) Willett. She graduated from Seeger High School in 1960. In August 1960 she married Dale L. Hensley and they later divorced.

Janet was a homemaker. She worked at Montgomery Ward for a few years before going to work for Stewart Grain in 1989. She handled their grain accounting and was the office manager until her retirement in 2018. She attended Tab Christian Church where she was a member of the Tab Loyal Matrons. She liked to play euchre. Janet was an excellent cook, making the best noodles, stuffing, and caramels according to her family. She attended all her grandchildren's sporting events and

2 children, Steve Hensley of rural Attica, IN and Diana Akers (Dwain) of Pine Village, IN

Visitation will be at Grady Funeral Home in Williamsport, IN on Tuesday, May 18, 2021 from 5:00 to 8:00 p.m. Services will be there in the chapel on Wednesday, May 19, 2021 at 11:00 a.m. with Pastor Rod Andrews officiating. Interment will follow at West Lebanon Cemetery. Memorial contributions may be made to the Warren County Community Foundation. Online condolences may be made at www.gradyfuneralhome.com.