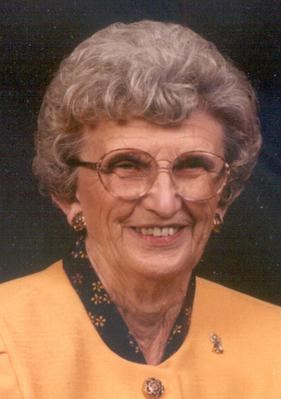 Joan (Ogborn) Davis, 79 of Pine Village, IN, passed away on Thursday, February 06, 2014 at IU Health Arnett Hospital in Lafayette, after a courageous battle with cancer. Born April 7, 1934 in her parents home in Pine Village, she was the daughter of the late Lee Roy "Sid" and Ada Alice (Barron) Ogborn. She was a 1952 graduate of Pine Village High School.

At 14 years old she had worked two jobs, the first at Indiana Bell as well as Ogborn's Grocery Store, both located in Pine Village. After her husband died she worked for Asgrow in Oxford, IN.

Joan married Robert Lee Davis on June 7, 1952 in the parsonage of the United Brethren Church in Lafayette, which was witnessed by her fond brother-in-law Chet Davis and his wife, Virginia, who survive. She was a homemaker and she farmed with her husband in Pine Village until his death in 1985. She was a member of Pine Village Methodist Church and enjoyed being a mother, grandmother and great-grandmother. She was an avid Purdue basketball fan.

A Celebration of Life will be held at a later date. Hippensteel Funeral Home entrusted with care. Share memories and condolences online at www.hippensteelfuneralservice.com


Published by Journal & Courier from Feb. 8 to Feb. 9, 2014.
To plant trees in memory, please visit our Sympathy Store.
MEMORIAL EVENTS
To offer your sympathy during this difficult time, you can now have memorial trees planted in a National Forest in memory of your loved one.
Funeral services provided by:
Hippensteel Funeral Home, Inc.
MAKE A DONATION
MEMORIES & CONDOLENCES
4 Entries
Joan will be missed at Fowler Dental. It was always a pleasure to see her smile and she was always upbeat. God Bless, Dr. Bill Border & Staff
William Border
February 20, 2014
Gary & Randy: Sorry to hear about the passing of your mother. I remember her as a very nice lady & always greeted you with a smile.
Cathy Richardson Cullen
February 10, 2014
gary and randy sorry to hear of your mother passing always had smile on her face when you saw her larry huff formely of pv now murfreesboro tn
February 8, 2014
Offering our deepest condolences during this difficult time.
Hippensteel Funeral Home, Inc.
February 9, 2014
Showing 1 - 4 of 4 results