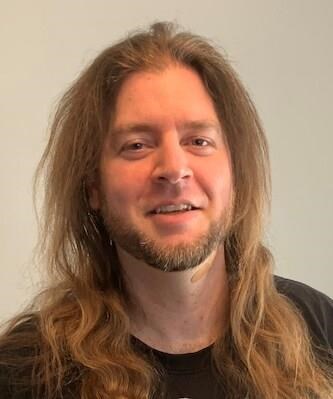 He was born on October 7, 1982 in Lafayette, Indiana to Darryl and Sheila (Ungersma) Anderson. Josh graduated from Jefferson High School.

For those that knew Josh, he loved animals, music, and all those he could share those passions with. He was a momma's boy through and through until meeting Jenny. Jenny out shinned all of those other passions and made his previously happy existence one of complete bliss and joy.

On December 27, 2018 Josh married the love of his life, Jenny Little of Lafayette. Jenny brought love and laughter and a sense of belonging to Josh's life. This day Josh became a husband and a father to Jenny's son, Logan Hindsley. His life was full!

After only a few short months of family bliss-Jenny gave Josh his ultimate life desire. They were expecting a child of their own and a few months later the couple and Logan welcomed their son and brother, Sebastian Leif Ungersma!

Josh was a man of his word and a dedicated provider to his family, including his work family. Josh was a member of the skilled trades meat department at Payless Supermarket as a Butcher for 13 years. He will always be a member of their incredible staff and the heart stoppingly handsome, helpful man behind the meat counter.

These traits carried over into his second job where he delivered pizzas for Dominos.He did this for the last two years to provide for his family happily in these uncertain financial times. While his time at Dominos was exactly what his family needed; again his winning charm, smile, and charismatic personality paid the bills with his ample tips. It was his last delivery of his life that left so many at an eternal loss.

He was preceded in death by his brother, Corey Claxton.

In loving memory of Joshua, memorial donations may be made to a Memorial Fund for his son, Sebastian. Envelopes will be available at the funeral home. You may leave condolences and memories of Joshua online at www.fisherfuneralchapel.com