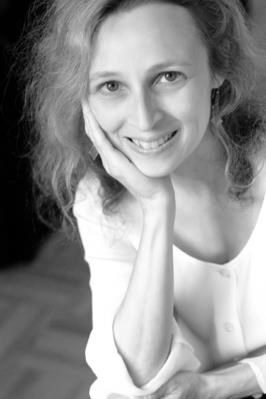 Kate Light, long-time member of the orchestra of the New York City Opera, died on April 13, 2016 of complications from breast cancer. A concert violinist, librettist, lyricist, poet, and teacher, Kate was known for her insistent curiosity about the interplay of words and music. Full of laughter, life, and light, she possessed an eternally inquisitive mind.

Born in Illinois on February 14, 1960, and raised in West Lafayette, Indiana, Kate expressed an artistic bent almost before she could speak. She designed miniature books, wrote poetry, performed in Lafayette Civic Theater productions, and studied dance, violin, and piano. By age 12, as a violinist, Kate was the youngest member of the Lafayette Symphony Orchestra, and as a young teenager, she played in orchestras at the Aspen Music Festival and Chautauqua Institution. Kate graduated high school from the Interlochen Arts Academy in Michigan and earned her Bachelor and Master of Music degrees in violin performance from the Eastman School of Music. While a full-time performer, she received her MFA in poetry from Hunter College and completed a program at the BMI-Lehman Engel Musical Theatre Workshop. In addition, she was a 2011-2012 Resident Artist with American Lyric Theater's Composer Librettist Development Program.

As a poet, Kate drew inspiration from working within traditional forms such as the sonnet and the villanelle, "not only to honor them, but to work against them sometimes, and to feel them fight back." Her musical background and use of syncopation, metrical shifts, and variation added another layer of richness. A winner of the Donald Justice Award, the Nicholas Roerich Prize, and an award from the Academy of American Poets, Kate was known for her books The Laws of Falling Bodies, Open Slowly, and Gravity's Dream.

At the intersections of poetry, prose, and music, as well as theater, art, and science, were Kate's performance pieces, which include the libretto of The Life and Love of Joe Coogan (composer: Paul Salerni); the one-act opera Once Upon the Wind (composer: Theo Popov); the musical-in-progress Metamorphoses (composer: Masatora Goya); and the concert pieces The World Beneath the Waves (formerly Oceanophony) and Einstein's Mozart: Two Geniuses. Her lyrics for the original song "Here Beside Me" are heard in Disney's Mulan II.

Kate narrated her pieces herself nationwide with sparkle and delight. Until her death in New York City, at age 56, Kate taught poetry, fiction, and creative non-fiction at Hunter College.


Published by Journal & Courier from Apr. 29 to May 8, 2016.
To plant trees in memory, please visit the Sympathy Store.
MEMORIAL EVENTS
To offer your sympathy during this difficult time, you can now have memorial trees planted in a National Forest in memory of your loved one.
MAKE A DONATION
MEMORIES & CONDOLENCES
11 Entries
I remember many experiences I had with Kate since she was my good friend. She came to Shabbat dinner many times and to the most profound Seder discussion at our apartment. We lived close by.
I was in the MFA program at Hunter with her. I went to an elementary school with her to hear her read her poems to students about the sea. I loved her Marine Snow poem and her puffer fish poem. These were well researched poems that taught about the sea as they entertained. I can still imagine her voice and expressive performance style when she read. At the end of her performance A group of students came up and hugged her. As we left, she told me how much she enjoyed reading to the children and it was meaningful to her that her poems were appreciated.

I remember a poem she wrote and shared around the table at Hunter called skipping, which was about her experience skipping a grade in school because she already knew how to read.

I remember a poem she wrote that was in the style of a letter from her father, who had been an English professor but had had a stroke or an illness. The poems lines got shorter and shorter until the last word was like a string. Now it reminds me of a kite, tethered by her words to the earth, yet flying above us.

She was such a talented poet embodying formal poetry in a way that was conversational and thus totally new, writing sonnets reminiscent of Shakespeare, using language as a symbol of the catch in your throat when you grieve. and yet and yet and yet...

I miss her very much.
Love,
Sarah Antine
Sarah Antine
Friend
April 23, 2019
I often think about Kate...her sweet, gentle, kind and oh so caring ways!
Very much missing our Laundry Room conversations....
I cannot believe it is 2 years!
JANET Plotkin Bornstein
Friend
April 23, 2019
I would appreciate any information on memorial services. I knew Kate well
and will miss her greatly. Peter Van Dewater [email protected]
October 29, 2016
I knew Kate as her neighbor in her apt. Building on the Upper Westside of Manhattan. Although we hadn't known each other well, we talked about her health, her work and various other matters, at moments when we would happen to be in the laundry room together. Kate was the sweetest, most gentle and most humble of them all. I am so saddened to have learned tonight of her passing. My heartfelt condolences to Kate's family and loved ones.
Janet
[email protected]
Janet Bornstein
June 21, 2016
Dot:

Our deepest sympathy and prayers go out to you. How hard it is to lose a beloved daughter.

Jeff and Patricia Hoon
Jeff Hoon
May 10, 2016
Jeff Hoon
May 10, 2016
So sorry to hear about Kate's passing. Deepest sympathies from the Heath family.
Will Heath
May 8, 2016
Dotty I am so sorry to read of your loss. My heart goes out to you.
Carole Curtis
May 6, 2016
I am a friend of Dotty Light (from WALLA) and knew Martin from the Purdue English Department...my condolences to the family/friends of Kate Light...my thoughts and prayers are with you...
Alice Anderson
May 4, 2016
Kate befriended me in the MFA program at Hunter College. She was a dear trusted friend who came to seder at my apartment and walked with me in Central park when I was having contractions. I just called and she came.

- Sarah Antine
Sarah Antine
May 2, 2016
I knew Kate as a child when we went to elementary school together.Even then it was so clear how creative and talented she was. What I remember the most though was what a kind and loving spirit she had.I can only imagine how many lives she touched. My thoughts and prayers are with her family and friends.
Nanci Johnson
May 2, 2016
Showing 1 - 11 of 11 results