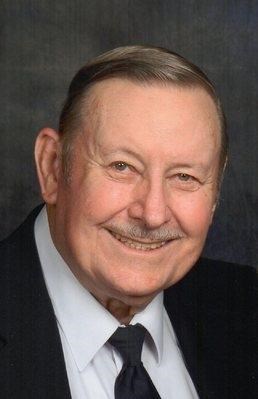 Rev. Lewis E. Ruman, 80, passed away on Thursday, February 16, 2017 at his residence in Battle Ground surrounded by his family.

Lewis was born November 7, 1936 in Kokomo, Indiana to the late Karl Ruman and Nancy M. (Clark) Stanley. His marriage was to Dixie Lee Wilson on June 1, 1958 in Camden, Indiana and she survives. Lewis received his bachelor's degree from Indiana University at Kokomo and later, his master's from United Theological Seminary. After serving several other appointments in Northern Indiana, Lewis finally settled in Battle Ground where he served as the Pastor of Battle Ground United Methodist Church for many years. He served in the Indiana National Guard and was a volunteer firefighter. He really enjoyed fishing and camping with his family. Lew was a dedicated pastor, touched many lives and will be missed by all who knew him.

In addition to his wife of 58 years, Lew is survived by his children, Dee Ann (Ken) Wells of Washington, IN, Cindy (Lambert Deckers) Ruman of Muncie, Eric Ruman of Battle Ground, and Jay (Betty) Ruman of Columbia City; grandchildren, Nikki, Jacob, and David; great-grandchildren, Madison, Christopher and Elizabeth; and a brother, Frank (Susan) Ruman of Jeffersontown, KY.

Lewis is preceded in death by his parents; and a sister, June Phillips.

For those desiring, memorial contributions may be directed to the Battle Ground United Methodist Church to be used for the Vance Mission Fund for Salary Support. Please share memories and condolences at www.hippensteelfuneralservice.com.