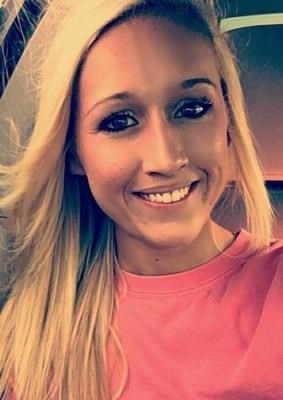 22, of Michigantown, passed away on Thursday, July 20, 2017, at IU Methodist Hospital in Indianapolis, due to injuries from an auto accident.

She was born on Easter Sunday, April 16, 1995, in Frankfort, to Mark A. and Becky A. Jacobs Howe; her parents survive in Michigantown.

In 2013, Lindsey graduated from Clinton Central High School where she played basketball, was football team manager her freshman year, and earned her CNA Certification her junior year and EMT Certification her senior Year. Her plan was to return to college for business management. She has been a member of Center Pacers 4-H Club and Lama Club. Lindsey had previously worked at Dick's Sporting Goods, Federal Mogul, and CVS.

Lindsey was known for her positive and optimistic outlook on life; she was a shining light wherever she went. She was daddy's girl, a great aunt who loved her family and friends, standing up for them all. Lindsey was always full of life, ornery but lovable.

Visitation for Lindsey will be held on Monday, July 24, 2017, at Genda Funeral Home in Frankfort, from 4:00 - 8:00 p.m. and also one hour prior to the funeral service on Tuesday at the church. A celebration of life will begin at 2:00 p.m. on Tuesday, July 25, 2017, at Harmony Baptist Church in Frankfort with Pastor Wayne Martin officiating. Burial will follow in Bunnell Cemetery.

Memorials in Lindsey's name may be made to Harmony Baptist Church or Parkview Home. Online condolences may be directed to www.gendafuneralhome.com.

Can't begin to tell you how much savannah and I will deeply miss you.. You were taken too soon from all of us. My heart is broken, for the family, for friends, and for Cesar.. I wish things didn't happen the way they did. I wish you were still here with us.. I wish we could still see the crazy loving and bright girl you were... But I have to beat it into my head that you are our guardian angel now. Protect us and guide us. Savannah and I love you.. So much.

I will see you again, this is not where it ends.. I will carry you with me. Until I see you again..
Ashley Miller
July 24, 2017
You probably might not remember me. I was the other mom to the young man in intensive care. So sorry for your loss. Wanted you an your family to know that you are in our thoughts an prayers everyday if ever you need to talk please reach out to us.
Many prayers to you all
Angie Benner
Acquaintance
July 23, 2017
Showing 1 - 2 of 2 results