Search by Name
Richard A. Nagel 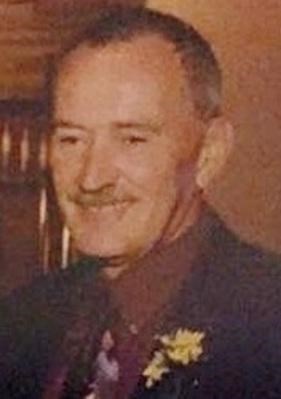 Richard A. "Dick" Nagel, 66 of Lafayette, passed away on November 6 at IU Health Arnett Hospital.

He was born May 20, 1949 in Rensselaer, the only child of William Henry and Janice Jenkins Nagel. He was preceded in death by his parents and grandparents. He is survived by his life partner of 36 years, Wayne Applegate, whom he married on October 30. Also surviving are his aunt Jeannette Nagel, Rensselaer, his lifelong friend Pamela Rowland, Wayne's numerous siblings, nieces, and nephews, and many friends.

A 1968 graduate of Wolcott High School, Dick earned a Bachelor of Arts in Speech at Butler University in 1972, where he also studied organ performance and music with Mallory Bransford. He shared his life-long love of pipe organ music as organist at several area churches: St. Boniface Catholic Church, Trinity United Methodist Church, Immanuel United Church of Christ, all in Lafayette. He had the honor of being the first organist to play at the First Presbyterian Church in Monticello when it was rebuilt after the 1974 tornado. He was also a supporter of the Long Center Theatre Organ Society throughout the organization's history.

Dick's interests included historic preservation, enhancing neighborhoods and communities, and gardening. He was a member of the Wabash Valley Trust for Historic Preservation, Centennial Neighborhood Association, Friends of Downtown, and the longest-standing mayoral appointee of Lafayette's Historic Preservation Commission. His passion was to educate and extend the message of preservation as an economic development tool for our community, as well as to promote Greater Lafayette's potential to be a world-class city. He believed that preserving historic structures is a critical element in making communities places where people want to live.

Dick practiced these philosophies by investing his energies into several historic preservation and business enterprises. A priority was preservation of the Wolcott House, a fine example of Italianate architecture built by the founder of the town of Wolcott. In 1980, he purchased two Italianate row houses on Ferry Street, one for he and Wayne to live in, and the other was restored as a pioneering example of fine apartment living in a downtown historic space. In 1995, he and his business partners purchased and restored Centennial neighborhood's Loeb House, another great home built in Italianate style. The Loeb House was the Lafayette Symphony Guild's 1996 Decorators Show House, and it welcomed its first guest as a bed and breakfast the same year. Dick operated the inn with gracious hospitality until 2012. The inn was honored with a Centennial Neighborhood Association "Pride of Centennial Award" in 1996, a Tippecanoe County Historical Association award and a Wabash Valley Trust plaque. He was an owner and operator of several other businesses, including Sylvia's Brick Oven and the Columbia Ballroom, which opened in 2012 as Dick's last business venture.

Dick's final wish was to thank those who championed historic preservation and community development, and to encourage this important work to continue. He thanks the Tippecanoe County Commissioners for their visionary work in 1991 to restore the Tippecanoe County Courthouse, because this was essential to downtown redevelopment. Specifically he would like to thank Kent Schuette, William Baugh, Sherry McLaughlin, and Sallie Fahey.

A memorial service will be held at a later date at Sylvia's Brick Oven 625 Columbia Street, Lafayette, Indiana.

Memorial contributions may be made to the Wabash Valley Trust for Historic Preservation. Hippensteel Funeral Home entrusted with care. Share memories and condolences online at www.hippensteelfuneralservice.com.


Published by Journal & Courier on Nov. 8, 2015.
To plant trees in memory, please visit the Sympathy Store.
MEMORIAL EVENTS
To offer your sympathy during this difficult time, you can now have memorial trees planted in a National Forest in memory of your loved one.
Funeral services provided by:
Hippensteel Funeral Home, Inc.
MAKE A DONATION
MEMORIES & CONDOLENCES
28 Entries
I lost a wonderful cousin, and I will miss him greatly. He could always make me smile and laugh and I will remember him with such love and affection.
pam werner david
December 1, 2015
Just learned of this sad, sad news. You will be greatly missed. We have all lost a special spirt and amazing person.
Anita Noble
November 20, 2015
Sad to learn of Dick's passing. Dick was a mentor to many and excelled in his business pursuits with perfection. RIP, Dick
June Gaylord-Conner
November 15, 2015
I have lost a great friend. Dick and I celebrated our birthdays together every year as they were just one day apart. Dick was gifted in so many ways..Love you forever friend, you will be missed. Hugs to Wayne and family.
Freda Brock
November 14, 2015
Sorry he will be greatly missed love you buddy god bless
william reed
November 12, 2015
Shock and sadness do not begin to express my feelings. Dick was not only my fraternity father, but he attended my wedding, I attended his father's funeral, officiated at his mother's second wedding and had lunch with him this past Spring. We talked about getting together around Christmas. He was a major influence in my wife and a fine gentleman. "Blessed in the sight of the LORD is the death of His saints." (Psalm 116:15) Forrest "Frosty" Krummel
Forrest Krummel
November 11, 2015
Dick was one of the first guys to make me feel welcome at Butler's Delta Tau Delta Fraternity when I joined in '71. I am sorry that we lost track of each other. I thought of him now and then when I would drive to St. John. (Still remember that cream colored 442 Oldsmobile!)
Bill Farrell
November 11, 2015
A frat brother (Delta Tau Delta) at Butler Always a kind heart and a smile. I will always remember him in his 442.
Vance VanDrake
November 11, 2015
I HAD THE OPPORTUNITY TO PUT AN OLD ARMY FRIEND UP IN MR. NAGEL'S FERRY STREET HOUSE WHEN HE CAME TO VIST ME. THE ROOM, THE HOUSE AND THE HOSPITALITY
WERE WONDERFUL. THANK YOU, DICK NAGEL,
FOR MAKING IT POSSIBLE FOR ME, MY FRIEND AND OTHERS.
FREDERICK MEESSEN
November 11, 2015
My condolences to Wayne and the family. Dick's presence, smile, and wit will always be remembered.
November 10, 2015
Sorry to hear about Dick Nagel's Passing, may he be rewarded in Heaven. Michael Klinker
November 10, 2015
It was a pleasure working with Dick at the Wabash Valley Trust for Historic Preservation. He did so much good for the community and for the cause of historic preservation. May he rest in peace.
Bill Mellette
November 9, 2015
Words cannot express how sorry I was to hear this, Dick and Wayne both were very good to my Uncle in his time of need. May you rest in piece.
November 9, 2015
I only met Mr. Nagel once when he gave my friend and I a wonderful tour of the historic Trinity Methodist Church and then proceeded to play beautiful music that brought life to those historic walls. Thank you Mr. Nagel for sharing a moment of your time with us. My condolences to his family.
Sean Lutes
November 9, 2015
Our hearts are breaking as Dick was the best of the best. Knowing him was an honor and we feel so blessed-rest in peace my friend.
Karen and Doug Cooper
November 9, 2015
You will never be forgotten. Wishing all peace at this difficult time.
November 9, 2015
My deepest sympathies.
Catherine Went
November 8, 2015
I send my condolences.
michael "Trinity" Vincent
November 8, 2015
Offering our deepest condolences during this difficult time.
Hippensteel Funeral Home, Inc.
November 9, 2015
Matt
Hardesty
November 8, 2015
My sympathy to his family. I knew Dick when he bought the Ferry Street houses, our company worked for him. He was kind and so driven towards preservation. May he rest in peace.
Diane Provo
November 8, 2015
Richard's wealth of knowledge was free and extensive, a source to ask a question about anything. He was always warm, friendly, and a man of the highest quality. I rarely saw him, but will dearly miss him, for a connection of souls I always felt around him. All of his friends know we loss something very special, for he was a gift to us.. Rest in peace my dear friend!
Douglas Scruggs
November 8, 2015
Sorry to hear of Richards passing. Condolences to Wayne and family.
Ron Duncan
November 8, 2015
We loved you so much Dick and will miss you tremendously. Until we meet again my friend
Michael McLaughlin
November 8, 2015
What a gentleman u were Dick,always enjoyed your company an presence,so professional in everyway
Carolyn Jo 'CJ' Freeland
November 8, 2015
Im so sorry to hear of Dicks passing, he was a good man and friend.
Ken Mullins
November 8, 2015
Dick was a wonderful human being and a wonderful asset to historic preservation in Lafayette. He was so kind as to allow me to have my fund raiser at his home in 1999. My sincerest condolences to his family, especially Wayne. God bless and keep him and all of you in the palm of His hand.
Eileen Hession Weiss
November 8, 2015
My sincerest condolences to Wayne and the rest of the family.
Cody Williams
November 7, 2015
Showing 1 - 28 of 28 results