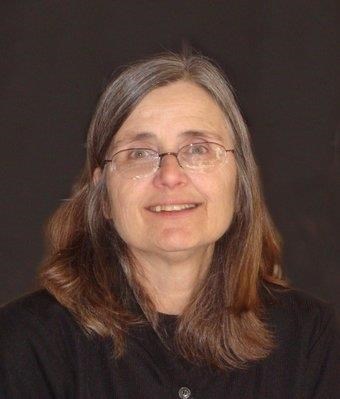 Lafayette - Ronda K (Hamelman) Miller- Of Lafayette, age 62, died on Thursday, April 4, 2019 at St. Vincent Hospital in Indianapolis. She was born on March 5, 1957 in Lafayette, IN. She was the daughter of the late Harry J. Hamelman and Marilyn (Moore) Hamelman. She was married to Donald W. Miller for 15 years.

She attended Fowler Elementary School and Benton Central High School. Ronda was a manager with Speedway for 12 years. She was a member of Church of the Blessed Sacrament and St. Lawrence Catholic Church in Lafayette, IN.

Surviving are her children, daughter Chasity (Gary) Campbell of Grand Blanc, MI and her son Jason (Stephanie) Miller of Lafayette, IN. Also surviving is one brother Harry J. (Camille) Hamelman Jr. of Otterbein, IN.

Ronda was blessed with 10 grandchildren: Joseph, Andrew, Trent, Sara, Brody, and Caitlin Campbell, and Ethan, Autumn, Evelyn, and Austin Miller. They were her pride and joy.

She is preceded in death by her parents, one sister Linda (Dennis) Freeland and one brother Leroy Hamelman.

You may sign the guest book and leave memories at www.soller-baker.com


Published by Journal & Courier on Apr. 9, 2019.
To plant trees in memory, please visit the Sympathy Store.
MEMORIAL EVENTS
Apr
12
Visitation
12:00p.m. - 2:00p.m.
Church of the Blessed Sacrament
West Lafayette, IN
Apr
12
Funeral Mass
2:00p.m.
Church of the Blessed Sacrament
West Lafayette, IN
Funeral services provided by:
Soller-Baker Funeral Homes & Crematory
MAKE A DONATION
MEMORIES & CONDOLENCES
Sponsored by Soller-Baker Funeral Homes & Crematory.
17 Entries
I’m saddened I’m just now finding out about Ronda. Almost two years later. She was an idle to me growing up. She taught me work ethics at St Anthony’s health care. I’m truly saddened I didn’t get to go to her funeral. Rip Ronda
James Gustin
Friend
January 26, 2021
I had the privilege of meeting Ronda when Speedway bought out Gas America, she helped with our training. What a wonderful lady, always had a smile and so kind to all. My thoughts and prayers to her family, you all meant the world to her.
Denise Johnson
Coworker
April 12, 2019
My sweet Ronda. What a shining star and great mentor you were for your Speedway team. I remember all of our talks surrounding our faith and how I would look forward to them. You were so well respected as a great GM, but more importantly you were loved for your kindness and generosity. I will miss you dear friend. Until we meet again, go rest high upon that mountain where you so deserve to be. I pray that God grants strength, peace and understanding for your family.
Julie Lynn
April 11, 2019
May the love of friends and family carry you through your grief. You are in our thoughts and prayers.
Kristin Koglin
April 11, 2019
So sorry for your loss. Ronda wa always full of life and always had a smile. I know her grandchildren are going to miss her. I pray that you all heal from this tragedy.
Beverly Moore
Family
April 11, 2019
My heartfelt prayers go out to Rhonda's family.. She was a awsome person to be around, always smiling, and in good spirits.. The world sure did lose a bright and special soul.
Yvette Bray
April 10, 2019
Love & Prayers to all of you!
Shelley Corcoran
April 9, 2019
I am so sorry for your loss. I pray your hearts heal from this heartache.
Ruth Moore Scott
Family
April 9, 2019
Sorry for your loss sending prayers to all.
Debbi Moore-Young
Family
April 9, 2019
In a world with too few smiles, Ronda always shared hers. Encounters with her always brightened the day. Sorrow for her loss. Prayers that her family and friends can carry her spark forward.
Tom Puterbaugh
April 9, 2019
I meant Rhonda at Speedway on Teal Road she was one of the nicest people you could ever meet. Then when she moved to the one on 26 I would go there just to see her and talk. She will truly be missed. I knew she was an angel fly hi Rhonda fly high
Cindy Yates
Friend
April 9, 2019
A passing of a loved one is tough enough but put unexpected in front of it and its even harder to deal with. To Chasity & family and Jason & family, May you find healing in all the memories you share of your mother. She was very proud of the both of you and loved those grandkids. I will miss getting text messages from her but Ill always have our childhood memories to look back on. God Bless you Ronda... I know you are happy, healthy and smiling down on your kids & grandkids.
You will be missed... Love Georgia
Georgia Palkowetz
Family
April 8, 2019
Sending prayers and hugs to you all. Your mom was such a sweet lady.
Sara Weber (Etter)
April 8, 2019
Ronda, Your family was blessed to have you as a mother and grandmother. You were a very caring person that placed others before self. Rest in peace. Karen Ali
April 8, 2019
Ronda was my friend and mentor. I was so lucky to be trained by Ronda because not only did I gained irreplaceable skills i met a forever friend. Every time we would visit one anothers store we would say I gotta go a hundred times before we actually left because we loved our conversations. Weve laughed and cried together and I will forever keep the fun memories of teaching her what new terms people are using these days meant!! She would make me laugh till I cried at times. She was always willing to offer her support at work and in life. I wanted to always make her proud. I will miss her so much and not knowing shes a phone call away is heartbreaking. However I know Ronda was strong in her faith and had a strong relationship with God so she is at peace in his Kingdom were she would want to be in the end. Rest In Peace my friend ❤
Allison Sherrill
Friend
April 8, 2019
I will miss her greatly
Daniel Haines
Coworker
April 8, 2019
You will be missed by many! PS, Im getting your world famous cream puff recipe from Chasity! Love always, Teesee
Teresa Kozma
Family
April 8, 2019
Showing 1 - 17 of 17 results