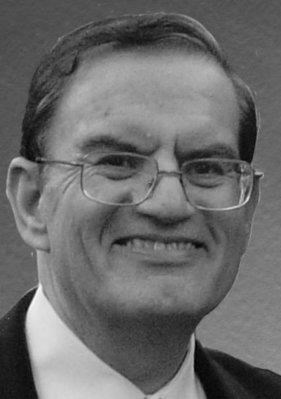 Sanford E. Ostroy, 77, of Brookline, Massachusetts passed away April 4, 2017, due to complications from leukemia. He was born on December 28, 1939 in Scranton, PA, the older of two children of Alexander and Ida Ostroy. He graduated from the University of Scranton with a degree in chemistry, and then earned his PhD in 1966 in physical chemistry from Case Western Reserve University.

Following a two-year postdoctoral fellowship at Cornell, he joined the faculty in the Department of Biological Sciences at Purdue University.  During his 36 years at Purdue he taught physiology and conducted research focused on the mechanism of the retina in the visual system.  He was active in the department, chairing several committees and serving as Acting Head for a time.  He loved doing research, analyzing and understanding how things worked.

After his retirement in 2005, Sandy and Zippy, his wife of 54 years, moved to Brookline, MA, a city they had come to love during Sandy's three sabbaticals in the Boston area. In his retirement, Sandy spent his time focused on the things that were most important to him:  civil rights and social justice. He was an active member of the Jewish Alliance for Law and Social Action and the Brookline League of Women Voters, serving as its vice president for several years.

Sandy was an avid learner, and took advantage of many of the opportunities available in Boston, often attending multiple lectures and readings each week, as well as concerts and plays. He was a voracious reader, and retirement allowed him to read biographies, history, and newspapers.

Family was important to Sandy; he was a loving husband and a wonderful father, grandfather, brother and uncle. On June 17, 1962, Sandy married Zipora (Zippy) Pomerantz at Temple Israel in Scranton, PA. He is survived by Zippy; his son Allen of Burlington, VT; his son Paul (wife Andrea) and grandchildren Shae, Taj and Nyella of Lafayette, CO; his sister, Rita Charthower (husband Joel Charthower), his niece Debra Anoff (husband Louis) and nephew Philip Charathower, all of Bowie, MD.


Published by Journal & Courier on Jun. 25, 2017.
To plant trees in memory, please visit the Sympathy Store.
MEMORIAL EVENTS
To offer your sympathy during this difficult time, you can now have memorial trees planted in a National Forest in memory of your loved one.
MAKE A DONATION
MEMORIES & CONDOLENCES
2 Entries
My major professor. He did amazing things for me. And I miss him almost every day, the more as I grow older. He let me spread my wings and try things at a time when I needed help the most. Measuring light induced changes in retinal respiration was a wonder adventure. Thank you...
Edward Kimble, PhD Biology 1977
School
October 23, 2021
Dear Zipora & Ostroy family,

My deepest sympathy on the passing of Sanford, my classmate and friend at the University of Scranton. Sanford and I shared many classes together and he was one of the most intelligent persons I have ever encountered in my life time. He was a gentleman and kind friend who never had an unkind word for anyone. May the pleasant times and memories you shared over the years help to console you in this time of grief. May God bestow his richest blessings on you and the Ostroy family.