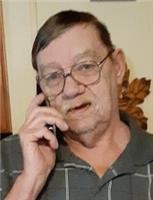 Jim graduated from Redbank Valley High School in 1968, he enlisted in the U.S. Army Reserve from 1968 to 1974. Jim married Dianne Sherman on October 31, 1969, she survives. Jim made a career of being a truck driver and spent more than 50 years out on the road. His favorite destination was New York City. He was known by "Desert Dog".

Jim loved drag strip racing in his younger years and spent many Friday evenings and Sundays at Nu-Be. He has always been intrigued by classic hot rods. Jim enjoyed camping trips with his family in Pymatuning, watching NASCAR, and slot car racing. After retiring in 2018, he loved spending time at Lake Erie with his nephew, Bobby telling stories and catching walleye and delivering Home Delivered Meals for the Area Agency on Aging.

There will be no public viewing. A Celebration of Life will be held at a later date.

Family and friends may leave online condolences, share a memory, light a memorial candle and obtain more information by visiting www.furlongfuneralhome.com.
Published by The Jeffersonian Democrat from Feb. 23 to Feb. 24, 2021.
To plant trees in memory, please visit the Sympathy Store.
MEMORIAL EVENTS
To offer your sympathy during this difficult time, you can now have memorial trees planted in a National Forest in memory of your loved one.
Funeral services provided by:
Furlong Funeral Home
MAKE A DONATION
MEMORIES & CONDOLENCES
Sponsored by Furlong Funeral Home.
0 Entries
Be the first to post a memory or condolences.