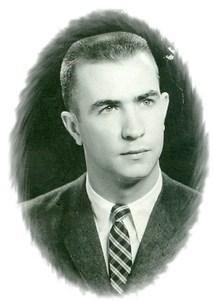 Mr. Burgess was born in Ashe County on Oct. 23, 1938 to the late George Oscar and Millie Lee Bare Burgess. Robert served in the United States Air Force. He was co-owner of Burgess Furniture. His father opened the store in 1930 and the store closed in 2007. He attended First Baptist Church of West Jefferson. He had many hobbies such as coin collecting, skiing and most of all fishing. He was also a member of the Jefferson Rotary Club and Ashe County Sports Hall of Fame.

He was preceded in death by his wife, Erika Wudi Burgess and a sister, Shirley Roten.

Funeral services will be held at 2 p.m. on Saturday, March 14, 2015 at Boone Family Funeral Home Chapel with the Rev. Michael Lea and the Rev. Ken Morris officiating. Burial will follow in the Calloway Cemetery.

The family will receive friends from noon-2 p.m. on Saturday, March 14, 2015, two hours prior to the service.

You may give the family your condolences at www.boonefuneralhome.com.

Boone Family Funeral Home of West Jefferson is in charge of these arrangements.

Published by Jefferson Post from Mar. 8 to Mar. 9, 2015.
To plant trees in memory, please visit the Sympathy Store.
MEMORIAL EVENTS
To offer your sympathy during this difficult time, you can now have memorial trees planted in a National Forest in memory of your loved one.
Funeral services provided by:
Boone Family Funeral Home Inc
MAKE A DONATION
MEMORIES & CONDOLENCES
2 Entries
My sincere condolences to the family. Robert was always a role model and a gentleman. The photo brings back many memories from Beaver Creek High where I was a member of the Class of '59. My prayers are with you.
Tom Francis
March 26, 2015
I am so sorry to hear of your loss. My thoughts and prayers will be with you.
Betsy Phillips Ward
March 10, 2015
Showing 1 - 2 of 2 results