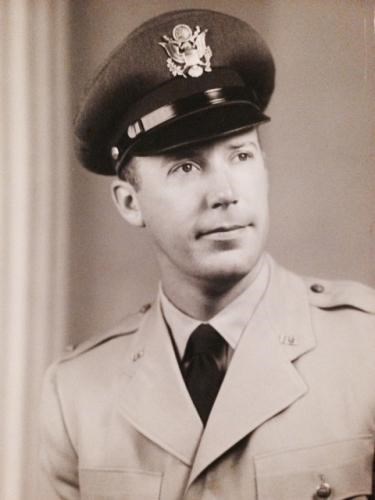 Lynn served in the U.S. Air Force as a first lieutenant. He was assistant director of Clinical Research at G.D. Searle in Skokie, Ill., and Deputy Director of Clinical Trials at Family Health International in North Carolina. He received his B.S. in Animal Nutrition from the University of Arizona, M.S. in Reproductive Physiology at Washington State University and Ph.D. in Genetics at the University of Oregon. While a professor at Cornell University, Dr. Hunt became a pioneer in the field of reproductive technologies, and one of the very first clinicians to transfer embryos in animals in the early stage development of IVF.

He was a former cattle rancher and cowboy in Arizona. He spoke fluent German, and belonged to a German speaking-club in N.C. He was an avid reader, loved the outdoors as well as computers. Lynn was a man of strong intellect and a heart of love.

He is survived by his beloved wife of 35 years, Susan Hunt (nee Bushman); children: Leslie, Mark, Karleen and Kirstin; daughter-in-law, Robyn; son-in-law, Andrew and ex-son-in-law, Dane. He is also survived by his grandchildren: Hunter, Nina, Dashel, Austin, Emilee and Elle, as well as his older brother Lee Hunt and nieces and nephews: Terri, Jeanne, Scott and Jeff. He was preceded in death by his father, mother, brothers, Sterling and Norman and first wife, Anneliese Hunt (nee Tichi) and their daughter, Carina Lu.

A memorial to celebrate his life will be held on a later date in Chicago, Ill. In lieu of flowers, a donation can be made to one's choice of cancer research or veteran's fund.

Published by Jefferson Post from Feb. 19 to Feb. 20, 2015.
To plant trees in memory, please visit the Sympathy Store.
MEMORIAL EVENTS
To offer your sympathy during this difficult time, you can now have memorial trees planted in a National Forest in memory of your loved one.
MAKE A DONATION
MEMORIES & CONDOLENCES
2 Entries
Daddy we miss you!
March 21, 2015
sorry to hear about your loss.hope you find comfort. Psalm.145:16
February 19, 2015
Showing 1 - 2 of 2 results