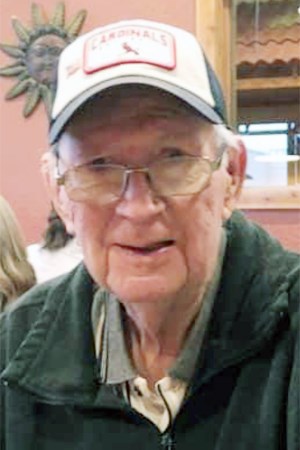 Jack was preceded in death by his parents; a brother, James David Harper; and a sister, Chearie Lindsay.

Jack was a member of St. John's Lutheran Church and served as a member of the St. John's Senior Choir. Jack also served on the Board of Christian Education, Board of Stewardship, and as an usher. Jack served in the Illinois National Guard for 9.5 years and attained the rank of Staff Sgt. E-6. He graduated from NCO Academy at Camp McCoy, WI. Jack retired from Consolidated Communications as a Field Service Technician in 1995. Jack also worked for Lorenz Supply Co. as a delivery driver. Jack was an avid St. Louis Cardinals and Chicago Bears fan. He will be greatly missed.

In lieu of flowers, memorial donations in his honor may be given to St. John's Lutheran Church and School. Online condolences may be expressed at www.schillingfuneralhome.net or Schilling Funeral Home's Facebook page.