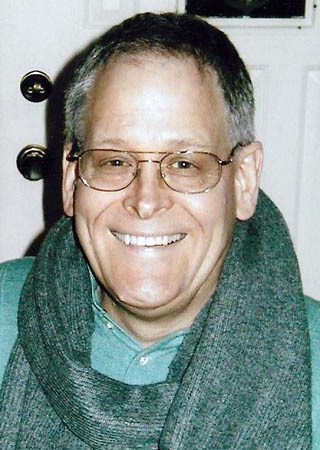 A funeral Mass celebrating the life of John will be held at 10:00 AM Wednesday, July 28, 2021 at St. Anthony of Padua Catholic Church in Effingham. Entombment will be at Woodlawn Cemetery in Effingham with military rites. Visitation will be held from 3:00 PM to 7:00 PM Tuesday at Johnson Funeral Home in Effingham, IL.

In lieu of flowers and gifts, memorials may be made to St Anthony Schools, Catholic Charities, St Jude Children's Research Hospital, or the Donor's Choice. Online condolences may be shared at www.johnsonandsonsfh.com.

John was born on April 12, 1944, in Chicago, IL, the son of John and Genevieve (Kupris) Gapsis. He graduated from Brother Rice High School in 1962 where he was a competitive swimmer and played water polo. He also was a lifeguard at Lake Michigan in Chicago. John served as a Captain in the United States Air Force as a Health Physicist at Wright-Patterson Air Force Base and was a member of the Apollo 12 and Apollo 13 launch teams. He also was the lead to decommission two nuclear reactors during his service and as an avid pilot, was a member of the Wright-Patterson AFB Aero Club.

John married the love of his life Carol (Beigelbeck) on August 26, 1967 in Palos Heights, IL. He had a Bachelor of Science (Biology/Chemistry) from Roosevelt University, Chicago, IL; Masters of Environmental Sciences (Health Physics) from the University of Oklahoma-Norman; and then completed his medical studies at Autonomous University of Guadalajara, Mexico. John completed his residency at Baylor University, Houston, Texas where he specialized in Physical Medicine and Rehabilitation and later completed a Fellowship in Neurophysiology. John practiced medicine up until his retirement in 2012. He worked at Bonutti Clinic for 20 years.

John loved all things flying, having joined the Civil Air Patrol in high school and earning his private pilot's license at age 20. John resumed flying in the early 1980's with the use of hand controls, and he especially loved night flying. He had an extensive knowledge of, and a voracious love for World War II aircraft and history – having a retention level that his daughters so desperately wished that they had inherited from him. He also took his love of flying to another level with his devotion to viewing and recording every episode of the historical series Wings. He was, however, a reluctant viewer of Lifetime and Hallmark Channel movies.

John was diagnosed with Multiple Sclerosis in 1973 and never allowed it to be a barrier to him or what he wanted to do. He inspired not only his family but many friends, colleagues, co-workers and those in the community throughout his life.

John was a devoted member of the Men's Choir at St Anthony's Church and "Airport Bums" at MTO; and a volunteer tutor at Suzette Brumleve Library and St Anthony's Grade School. He was a former staff member at St Anthony's Memorial Hospital, Illinois State Medical Society, the American Medical Association, International Wheelchair Aviators, American Board of Disability Analysts, a former board member of Illinois State Center for Independent Living, and was a co-founder for Gaining Access to Independent Living (GAIL SIL) in Effingham. He was past Chairman of the HSHS St. Anthony's Memorial Hospital Foundation; and president of the Effingham County Medical Society. Former charter member of Sunrise Rotary in Effingham where he faithfully attended, and it was the one time he was most punctual! John was a dearly loved former member of the Easy Street Investors.

He was preceded in death by his parents, John and Genevieve; twin brother, Tony; and nephew, John.