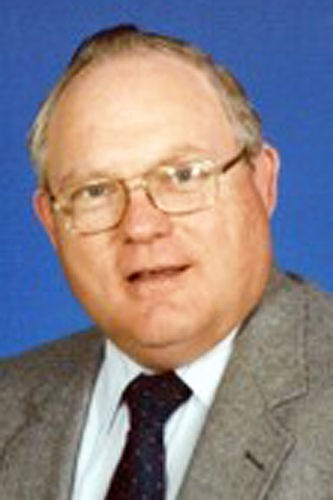 He was born Nov. 20, 1935, to Loftin and Berneva McCoy London at Denton Island, five miles north of Grubbs.

He was the oldest of three children. His brothers are Jimmy London and Boyce Wayne London.

He was preceded in death by his parents and one brother, Boyce Wayne London.

Coy graduated high school as valedictorian at the age of 16. After graduation, Coy worked at Denton's Gin for several years before attending college.

Coy completed his dissertation with only one revision and earned the highest score in the state of Arkansas the year he sat for his certified public accountant exams.

Coy also served in the Army where he was an accountant for the Walter Reed Medical Center.

Most people who knew Coy knew him as Mr. Coy, but those who loved him most knew him as "honey," "dad," and "papaw."

He was a kind man with a gentle spirit who was always willing to listen and offer words of wisdom to anyone willing to listen. Coy never met a stranger and always found a way to make anyone feel welcome.

You could always count on him to be there with a "hey gal" or a "yeah boy" and if he ever told you he had a job for you, you did it.

Throughout his life, Coy had many hobbies. He loved hunting but enjoyed duck hunting the most. He also enjoyed traveling the United States with his wife Virginia, rockhounding in search of various gemstones.

He was the best at making Christmas candy and jelly. He also enjoyed watching the Cardinals.

But most of all, he enjoyed family gatherings with his family and grandkids.

Later in life, he could be found kicked back napping or reading in his office chair. Those most special to him knew where he kept the good candy.

Funeral services will be 2 p.m. Monday at the Dillinger Funeral Home Chapel with burial in Ballew's Chapel Cemetery. Visitation will be from 1 p.m. until the time of service.

In lieu of flowers, the family asks that donations be made to Children's Homes Inc in Paragould.