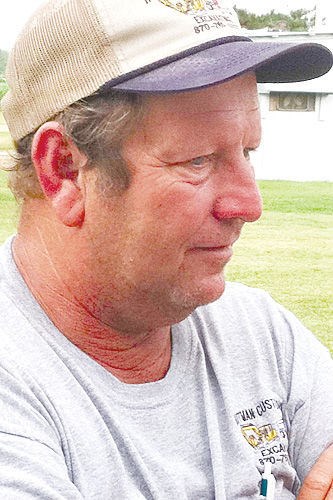 Mike was born July 31, 1956, to Bobby and Mary Lou Huffman and was a lifelong resident of the Lake City area.

He was a 1974 graduate of Lake City High School and after graduation farmed with Bobby and worked as an emergency medical technician-A for the Paragould Ambulance Service.

During the off-season, Mike was an over-the-road truck driver.

Later, he took a job driving for Larry Ryan, which lead to him becoming an owner/operator leased to Martin Sproket and Gear.

After a long career behind the wheel, Mike changed directions and returned to farming, working two years for his friend, Benny Futrell.

He then changed directions again and since 2002 has been the owner/operator of Huffman Custom Hauling and Excavating in Lake City, working all over Northeast Arkansas.

Mike always lived life to the fullest. Over the years he had a stock car, drag car and numerous boats and motorcycles.

He was preceded in death by his mother, Mary Lou Huffman.

Survivors include his father, Bobby Huffman of rural Lake City; a sister, Susan Gatlin (Byron) of Mountain Home; and a host of cousins and too many friends to count.

Not to be forgotten are his beloved dogs, Ringo and Sissy.