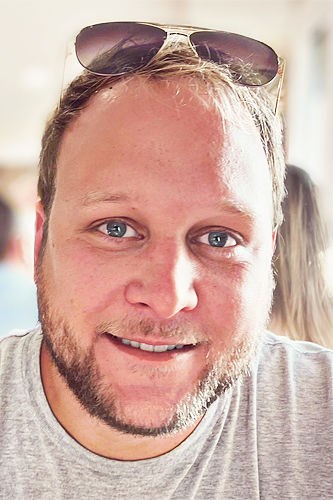 Samuel was known to his friends and family as Ray, and he was often called "Uncle Ray Ray" by his nieces and nephews.

Ray was born on April 23, 1990, in Memphis to Samuel Ray Meador Sr., "Sammy," and Stephanie Crites Meador. He was one of four siblings, and the only one who came out with blonde hair.

Ray farmed with his dad Sammy on their family's farmland in Heth and the surrounding area. He loved what he did for a living and it ran through his blood.

At the age of 9, Ray had planted a successful garden that would even put his dad's garden to shame.

When he wasn't farming, you would most likely find him with his family at the cabin on the Spring River. Ray was a light to everyone who knew him. He saw people for who they were and loved them just the same.

When he walked in the door a breath of fresh air accompanied him. It was impossible to have a bad day when he was around.

Ray loved to cook and he always had a collection of new seasonings and sauces. He would try to sell you on them too.

His children were the light of his life. Ray was a very hands-on father. In fact, many people would say that he was the best father they knew.

He loved taking his children for tractor rides, playing with them outside and teaching them new things. He never missed a step when it came to his babies. Rhys was his little best friend and Addy was his pride and joy.

Even though their time with their daddy was cut short, Ray gave them the best years of his life, and those memories will be cherished forever.

Visitation will take place from 10 a.m. until noon with the service beginning at noon Tuesday at Roller-Citizens Funeral Home in West Memphis. Burial will follow the service in Keller's Chapel in Jonesboro.

The family would also love for you to join them for a celebration of life drop-in to honor Ray from 3 until 5 p.m. Thursday in the atrium at First United Methodist Church in Jonesboro.